Will Remote Work Cause a Rethink in Big Public Transit Spending? 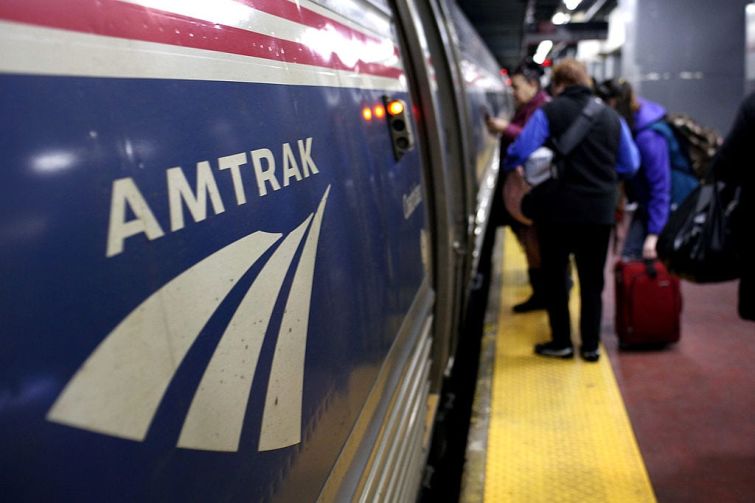 One of the most inescapable lessons to emerge from pandemic-related lockdowns is that we’re not slaves to the office — most office-based workers can, in fact, do their jobs from almost anywhere there’s decent internet.

That’s good news for office workers. For advocates of mass transit, not so much. The largely successful pivot to remote work for many raises a fresh argument against the urgency of larger public transit projects — or does it?

Take the Gateway tunnel project. That’s the one that would provide a second rail tunnel under the Hudson River between New Jersey and an expanded Pennsylvania Station in Manhattan. That tunnel would augment the 112-year-old pair of tubes that service North America’s busiest transportation hub now, accommodating more than 200,000 passenger trips a day via NJ Transit and Amtrak.

When Superstorm Sandy hit in 2012, salt water breached the existing tunnels, hastening their decay. Since then, Amtrak and other agencies supporting the Gateway Project have brought reporters and photographers down into the tunnels so they could witness and record their crumbling state. Such tours were invariably accompanied by dire warnings from public officials about the need to bolster the transit artery before it is too late.

But now we know what would happen if one or both of the tubes were to fail. A good portion of those who use them would simply work from home. In fact, a lot of people are still doing that, having learned they can avoid the commute. Offices in 10 major U.S. markets, including New York, were on average 42 percent occupied during the workweek as of early April, according to security firm Kastle Systems, which tracks access card swipes at commercial buildings.

That’s not much comfort should the existing Hudson tunnels fail, said Christopher Jones, a senior research fellow at the Regional Plan Association.

“The ability to work from home would help, but it would still be a disaster,” Jones said in an email. “If just one of the tubes went down, the number of trains would be reduced by 75 percent — not 50 percent because the trains would have to operate in both directions and need time to clear. [And] the shutdown would last for an estimated four years.”

And that’s if nothing else goes wrong during the down time. Like another pandemic, a new surge of the current one, a superstorm, or a climate crisis that raised sea levels.

Also, though Gateway is a particularly big project — its estimated $30 billion cost, which also includes repairs to the Portal Bridge over the Hackensack River and the expansion of Penn Station is a little less than the amount of revenue the nation of Ecuador took in during 2021, if the International Monetary Fund is to be believed — it’s not the only one, even in the New York area. For example, there’s the extension of the Second Avenue subway, originally proposed in 1920, with the first four stops opening on New Year’s Day 97 years later. It now operates from East 72nd Street to East 96th Street. It’s supposed to run from 125th Street in Harlem down to Hanover Square in Lower Manhattan.

Though city and state officials have played around with novel funding schemes — notably, the 7 train was extended to Hudson Yards last decade using only city funds and bonds paid by businesses that would benefit — federal support is almost inevitably the critical difference between doing these projects in major commercial hubs such as the New York area and not doing them.

Not everyone can work remotely either, Jones noted. You can’t wait on a table from home. Or clean a hotel room. Or inspect a building project. That includes so-called essential workers who helped the region cope with the pandemic, said Stephen Sigmund, chief of public outreach for the Gateway Program Development Corp. “You can’t have hospital workers not being able to show up,” he said.

But it’s not a zero-sum game, Jones said. As new businesses grow or move in, the overall need for mass transit capacity can grow, even if some established businesses reduce their office footprint in response to a drop in their need to accommodate commuting employees.

That may not be how the next federal administration sees it. As president, Donald Trump did all he could to stop the Gateway Project. His administration slow-walked key approvals and funding, with the support of an influential Republican faction in Congress. Rep. Ted Budd, a Republican from North Carolina, was quoted in a 2017 nj.com story saying, “North Carolina and the other 48 states should not have to foot the bill for this hall of fame earmark.”

In the same article, then-fellow GOP Rep. Rodney Frelinghuysen of New Jersey, a supporter of the project, said he would  “continue to fight” for “a safe and well-functioning transportation infrastructure.”

Attempts to obtain comment from Budd or his staff for this story were unsuccessful.

Polls suggest Republicans have a good chance of taking control of Congress in this November’s midterm elections. And Trump is a serious contender for the 2024 GOP presidential nomination.

For many of the stakeholders, the battle remains unchanged. Amtrak spokesman Jason Abrams said Gateway remains critical to reducing the nation’s carbon footprint as well as to “the economic and environmental well-being” of the country. Regarding the cost, he said it “won’t get any cheaper with the passage of time.”

On April 1, Abrams said that Amtrak ridership was 60 to 75 percent what it was in 2019, before the pandemic.

Other projects that remain high priorities to the quasi-governmental inter-city rail network include replacing the old B&P Rail Tunnel in Baltimore, which would augment rail service along the Northeast Corridor; replacing the Susquehanna River Bridge in Maryland; extending the Philadelphia area’s SEPTA commuter rail service to Wilmington and Newark in Delaware and to Coatesville, Penn.; rehabilitating Amtrak’s East River tunnels; replacing the Pelham Bay Bridge; and adding a third rail line between Readville in Boston and Canton, Mass., to increase commuter rail capacity south of Boston.

There’s also the congestion-pricing plan for Manhattan’s central business district, which would charge most people who drive cars into areas such as Midtown and Lower Manhattan. The hope of planners is that the added tolls would improve air quality and provide a stream of funds that could be used to invest in mass transit.

Sigmund, whose bi-state agency is charged with making the Gateway Project happen, said he objected to the notion that the pandemic and its mass experiment in remote work had changed the impetus behind the plan, which he referred to as “the most needed infrastructure project in the country.” Ridership on NJ Transit into Penn Station on nights and weekends is actually ahead of traditional commuting times, he said. The plan also has all necessary regulatory approvals, and, for whatever the high-profile objections, does enjoy bipartisan support.

There would be a 50/50 split between New York and New Jersey and the Federal Transit Administration, Sigmund said of the potential money behind Gateway. Tube construction alone would cost $12.3 billion, not including financing. The Biden administration advanced a key environmental review for Gateway in May 2021, and the administration’s budget proposal, released in March, included $100 million in initial funding. (That money was originally allocated in the big, bipartisan infrastructure package the president signed last year.)

In New Jersey, NJ Transit is preparing to go 100 percent zero-emissions buses by 2040, and installed eight electric bus chargers at its Newton Avenue garage in Camden last month. It’s building a 500-bus garage in Newark, which will include electric chargers. The agency is also planning to replace the storm-damaged 2,920-foot bridge over the Raritan River that connects Perth Amboy with South Amboy. The bridge is part of the North Jersey Coast Line.

“Everyone knows we’re not going back to the typical five-day work week,” the RPA’s Jones said. “But two-thirds don’t have the option of working from home.”