Future Of Multifamily, brought to you by NewPoint Real Estate Capital 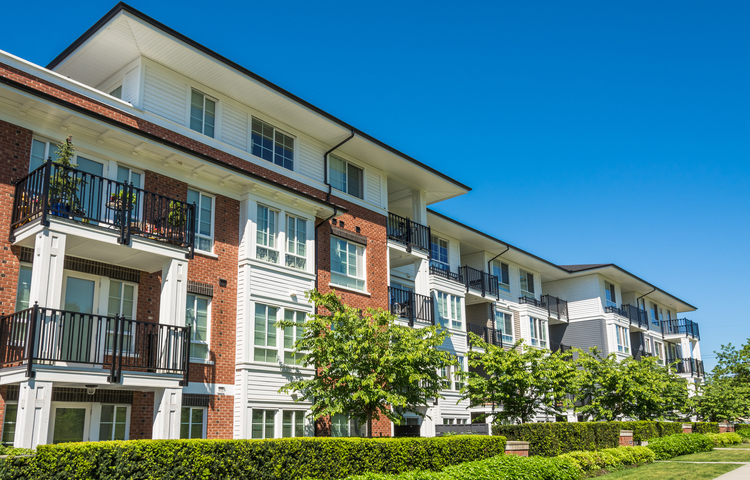 According to the National Multifamily Housing Council (NMHC), 60 percent of renters, spurred on in part by the massive disruptions caused by the pandemic, have moved within the past 18 months. Partner Insights spoke with Geri Borger Urgo, head of production for NewPoint Real Estate Capital, about the ramifications for the market, and how this affected the company’s approach to multifamily lending.

Commercial Observer: There has been a great deal of turnover in apartments over the past year and a half. Are there greater migration patterns at play here, or are people just fine-tuning what type of apartments they’re looking for?

Geri Borger Urgo: Given the impact of the pandemic, the past year and a half saw renters not having to go to their offices, so proximity to an urban core was not as necessary as it had been. There was a reluctance to get on public transportation, and more pressure on space at home. Many people in their twenties moved back with their parents for more flexibility and space, and we also saw migration to tax-friendlier states like Florida and Texas. The combination of economic reasons, work from home and different living space needs all largely stem back to the pandemic.

CO: Given all that, do you believe that urban downtown areas and central business districts (CBDs) will rebound to pre-pandemic vibrancy?

GBU: I’m hopeful that things will return to normal, but we did see a lot of flight from urban downtown areas. I live in Washington, D.C., and see it downtown with closed restaurants and ground-floor retail struggling as fewer people head in from the suburbs every day. This also applies in New York, which was seen as the epicenter of the pandemic for a while. But I do think there’s a general rebound process happening. We just provided a bridge loan for a very large multifamily high-rise in midtown Atlanta with easy access to downtown Atlanta and Buckhead. Google just opened a 500,000-square-foot regional hub across the street, which is bringing people back into the neighborhood.

In Washington, D.C., office leasing is struggling, specifically downtown, and we see a lot of requests for adaptive reuse: making an office building a multifamily property or taking an extended-stay hotel and repurposing it into multifamily. It’s a tricky time to lease certain sectors — but not multifamily.

CO: Have you noticed a shift in investor appetite between tier-one, tier-two or tier-three cities?

GBU: I’ve noticed less distinction between the three as investors are focused on chasing yield. There’s a lot of capital in the multifamily space and a lot of equity that needs to be put out. You’ve got consolidation on the ownership side by the larger private equity funds and national owner-operator players. This leads the market to become less of a factor in the cap rate. Companies have to solve for yield they’ve either promised their fund investors or have had in their historical track record. Often they’re uncomfortable with the cream of the crop assets, so they’re trying to find something different. This is part of why you see some movement into single-family rentals.

CO: You recently added two originators to your team, both based in the Sun Belt. Talk about your prospects for that region.

GBU: We are bullish on the Sun Belt for some of the demographic reasons touched on earlier, but these were also strategic hires. The originators are Trevor Ritter in Atlanta and Marc Cesare in Dallas. Both have deep industry experience and relationships. Atlanta’s always been a hub for commercial real estate. If you walk around Buckhead, you could run into 20 of the top 50 national multifamily investors at lunch. So that was tactical.

As an originator, [Cesare] is unique because he has an underwriting background. He’s very detail-oriented, which I love. Before [Cesare’s] arrival, our Dallas area office was mainly comprised of servicing, asset management and operations personnel. It was important for us to bring originations to Texas.

CO: What are some of the most in-demand financing products you’ve worked with recently?

GBU: NewPoint launched a floating-rate bridge product in December 2021 that has resonated extraordinarily well with our clients, who are often buying with tight cap rates. There are, after all, a lot of transitioning assets across the country. Whether it is a lease-up, value-add or lease-trade-out play, our bridge program allows us to partner with clients strategically and responsively so they can execute on their investment thesis. One difference between the debt funds and our product is that we service it — we’re not just collecting a fee. Our goal is a long-term relationship with our client and serving the property throughout its life cycle.

CO: How has the agencies’ continued shift to support affordable housing impacted financing, and are programs like Fannie Mae’s Sponsor-Initiated Affordability gaining in popularity?

GBU: It’s more of a defined focus than a shift. The agencies have shown they’re willing to reshape their comfort zones on affordable transactions, including capital “A” affordable and workforce housing.

Fannie Mae’s Sponsor-Initiated Affordability (SIA) program is nifty. This is where an operator-owner voluntarily imposes affordability restrictions. In turn, Fannie Mae gets aggressive on the underwriting parameters and provides a pricing incentive to keep rent growth at a minimum. It feels like a great perspective for the agencies to have. You’re not eliminating return capability; you’re just aligning with a sponsor’s desire to focus on affordability and then giving them a benefit. I expect SIA is going to gain popularity. Fannie Mae is particularly focused on it, and Freddie Mac is doing similar things.

The problem with current cap rates is that it’s challenging to make an acquisition work when there is a restriction on rents unless you’ve got an equity provider willing to sacrifice return or solve for something other than the last dollar. That’s tricky with today’s confluence of competing priorities. However, I believe that Fannie Mae and Freddie Mac are forward-thinking and in tandem with the Biden administration and the Federal Housing Finance Agency in regard to balancing affordability incentives.

View more articles on the Future Of Multifamily here