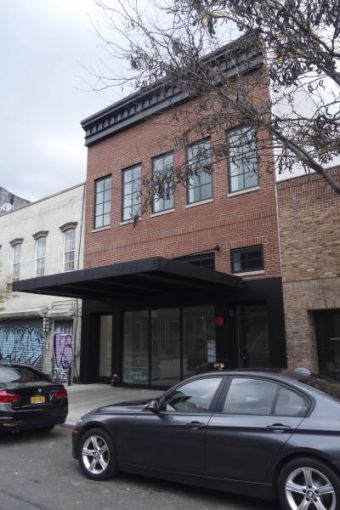 Interior Define signed a long-term deal for the 8,322-square foot, two-story property at 109 North Sixth Street, where it will open an outpost later this month, according to a representative from Lester Bleckner & Shaw, who provided legal representation for the landlord MARK (formerly known as Meyer Bergman). Asking rent was $275 per square foot on the ground floor and $75 per square foot on the second floor, according to Goodspace’s Roberto Rhett, who handled the deal for the landlord and the tenant.

“Ownership had a lot of faith in the tenant doing well in a neighborhood where there are 5,000 new residential units going up every year, Rhett said. “With the unmet demand for furnishings and home goods in a neighborhood that just has one supplier currently, it was a great opportunity.”

Interior Define’s ten-year deal closed in January this year, according to the tenant.

The customizable furniture maker’s expansion to Williamsburg is part of the planned 30 brick-and-mortar stores it plans to open by the end of the year, according to the Interior Define. Its Brooklyn location will be larger and more interactive than its two other New York City outposts at 68 Greene Street in SoHo and 168 Fifth Avenue in NoMad.

​​”Being a data-first brand, we know where our existing and future customers are,” Antonio Nieves, Interior Define’s CEO, said when he announced the new store model late last year. “Having physical studios provides more ways for our community to engage with the brand in addition to our online experience, adding another layer in the process of bringing the design vision to life.”

A United Kingdom-based private equity real estate manager, MARK bought 109 North Sixth in 2017 for $8.5 million and snagged about $8 million in debt from Standard Insurance Company a year later, according to public records. The property neighbors Birkenstocks, Madewell and Urban Outfitters, according to Goodspace’s online listing for the building.

“The building is an old meatpacking building,” Rhett said. “It has a marquee that really made it stand out on the street — which is great for branding for the tenant. [The landlord] poured a lot of money into that building to turn it from a meatpacking plant into a beautiful showroom.”

MARK  did not immediately respond to requests for comment.

Update: This story has been updated to include information from Interior Define.