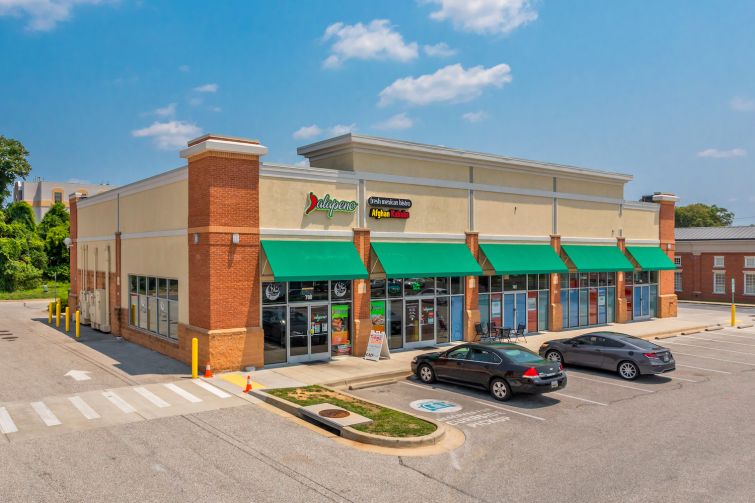 Residents in Prince George’s County will soon have a new place to buy insurance.

A new Geico agent has signed a 2,110-square-foot lease at the Centre at Laurel, a grocery-anchored retail center owned by Kite Realty Group, in Laurel, Md.

Located at 13600 Baltimore Avenue, the 157,857-square-foot center is anchored by Shoppers and PetSmart, and includes a tenant roster of Longhorn, Chick-fil-A, Phenix Salon Suites and D4C Dental Brands.

The local Geico agent, William Gunn, will occupy Suite 702, situated directly across from the Chick-fil-A when he opens later this spring. His broker did not disclose the asking rent or lease length.

“The Geico agent’s approved territory is Laurel and once the geography was defined, the goal was to find space along Route 1/Baltimore Avenue, since that is Laurel’s busiest retail corridor visible to over 40,000 visitors per day,” Amit Grover, assistant vice president at Divaris Real Estate, who represented the tenant in the deal, told Commercial Observer. “He was looking for a retail space with a semi-office intensive buildout, that would allow for future growth.”

Gunn chose Centre at Laurel, he added, because the space was almost turnkey and required minimal upfront capital for buildout.

“Additionally, the center has strong co-tenancy given the grocery anchor and Chick-fil-A on the pad site, driving traffic to the center,” Grover said.

The average income of the more than 91,000 households within a 3-mile radius is more than $100,000, according to HR Retail, which manages the property on behalf of the owner.

Austin Hersh of H&R Retail represented the landlord in the deal.

Requests for comment from the other parties and H&R Retail were not immediately returned.