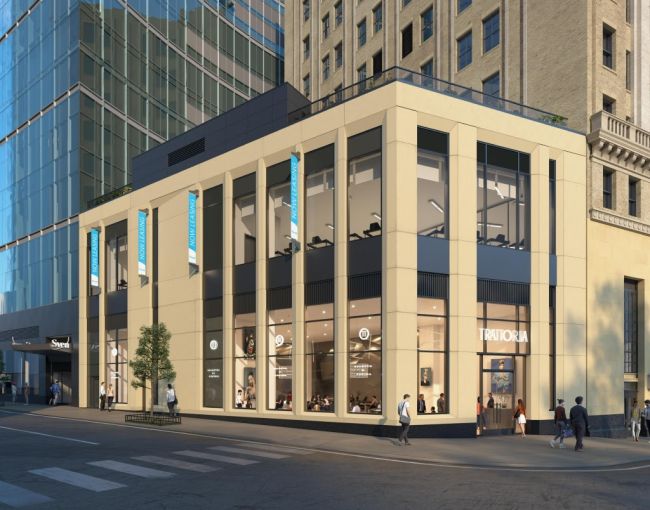 A rendering of Finback Brewery's new outpost in the Sven. Rendering: Durst Organization

Long Island City, Queens’ brewery game is about to get a bit stronger.

Finback Brewery plans to open a 3,800-square-foot microbrewery and taproom at the base of the Sven luxury residential tower at 29-59 Northern Boulevard, the New York Post first reported.

The brewery — known for its India pale ale and stouts — signed a 15-year lease for the ground-floor space, where it plans to focus on “fruit-forward” sour beers conditioned in “wooden foeders [large barrels] and ceramic fermentation crocks” when it opens later this year, according to landlord the Durst Organization. A spokesperson for Durst declined to provide the asking rent.

“Brewery taprooms have become important social spaces in the city and we are thrilled to become a part of the Long Island City community,” Basil Lee, the co-owner of Finback, said in a statement. “The opportunity to create a destination at the iconic Sven deepens our Queens roots, and we are particularly excited to showcase our mixed-fermentation sour ales that highlight New York fruits and ingredients.”

Finback started in 2013 with a 25-barrel brewery in Glendale, Queens, and last year opened its second brewhouse in Gowanus, Brooklyn, where it also roasts coffee, AmNew York reported.

And Finback will be in good company with its new Long Island City outpost. The neighborhood’s already home to several other breweries, including the LIC Beer Project, Fifth Hammer Brewing Company, Rockaway Brewing Company, ICONYC and Big aLICe Brewing.

Its new outpost will be at the base of Durst’s 67-story apartment tower that has smart windows installed and offers studios at around $3,100 a month, one-bedrooms starting at $3,900, two-bedrooms at $5,200 and three-bedrooms at a little bit over $6,000, as Commercial Observer previously reported.

“Finback is not only a top NYC brewery, but also a Queens-based brand,” Schwarz said in a statement. “They are a perfect fit for this development, and adjacent the iconic Clocktower in Queens Plaza.”

Update: This story has been updated to show that Lee & Associates NYC represented both sides in the lease.