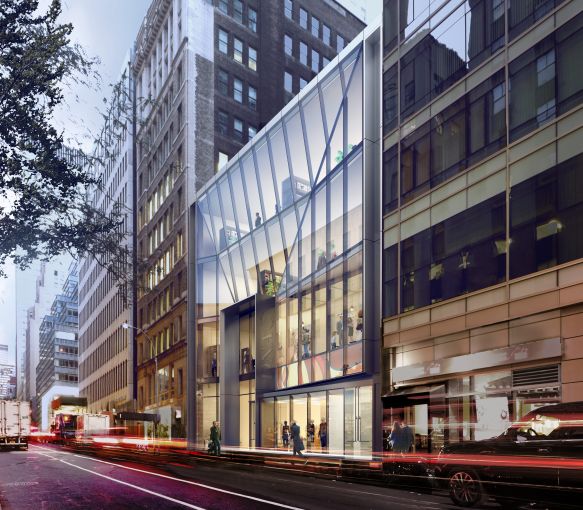 DNA Development has sold its four-story glass retail building in Midtown for just under $50 million — short of the $70 million or so it hoped to get when it put the 31,000-square-foot building up for sale in 2018, according to property records made public on Thursday.

The LLC could not be reached for comment and DNA did not immediately respond to a request for comment.

DNA bought the site — which was then home to a seven-story parking garage — from Gary Barnett’s Extell Development Corporation in 2016 for $37 million and renovated it into a mixed-use office and retail jewel box building with a private rooftop.

The developer contracted Ennead Architects to design the building to be eye-catching, with an angular, concave glass facade ​​with 75 feet of street frontage on Fifth Avenue, Commercial Observer reported. The building is home to the cafe Maman, a Citibank outpost and Tend Dental on the fourth floor, according to each company’s website.

But that investment didn’t pay off quite as much as DNA had hoped. The firm put the property on the market in 2018, looking to get double the $37 million it paid for the site, The Real Deal reported at the time.

Cushman & Wakefield’s John Ciraulo and Craig Waggner brokered the sale. Ciraulo and Waggner did not immediately respond to requests for comment.