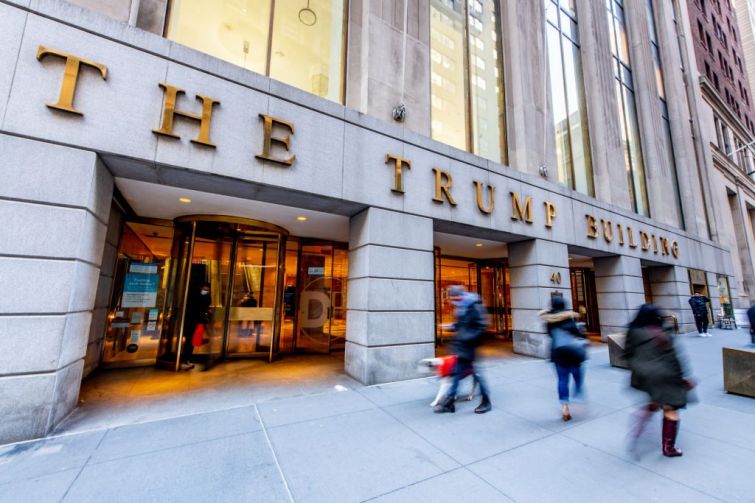 Former President Donald Trump isn’t the only one being forced to comply with a subpoena filed by New York State Attorney General Letitia James.

Both Trump and C&W have allegedly failed to comply with the attorney general’s subpoenas, which seek to dial in on how C&W reached appraised values on properties such as 40 Wall Street in Manhattan, Seven Springs Estate in Westchester, N.Y., and Trump National Golf Club in Los Angeles.

Trump, after years of fighting back against an investigation he called a “witch hunt,” was held in contempt of court by State Supreme Court Judge Arthur Engoron on Monday afternoon and is set to be fined $10,000 for each day he doesn’t comply with the investigation.

“For the second time today, a judge has made clear that no one is above the law,” James said in a statement. “Cushman & Wakefield’s work for Donald J. Trump and The Trump Organization is clearly relevant to our investigation, and we are pleased that has now been confirmed by the court. Our investigation will continue undeterred.”

C&W argued it has been truthful in providing all necessary information to the attorney general. But James hopes that in pressing for further documentation of these appraisals, her office will finally determine whether The Trump Organization mischaracterized the value of the assets in its portfolio, something that was promised in her 2018 run for attorney general.

“While we acknowledge yesterday’s ruling, any suggestion that Cushman & Wakefield has not responded in good faith to the attorney general’s investigation continues to be fundamentally untrue,” a C&W spokesperson said in a statement. “We made it clear during the hearing that our firm has devoted significant time, resource and expense in our efforts to cooperate with the attorney general’s investigation, including sharing tens of thousands of items of information. Once again, Cushman & Wakefield affirms that we stand behind our appraisals and appraisers.”

The investigation includes looking at the value of Seven Springs, where the Trump family increased the value of the property from $80 million to $200 million from 2004 to 2007, then up to $291 million in 2012, according to James’ office. Two separate appraisers valued the property at $56 million, the AG’s office previously claimed.