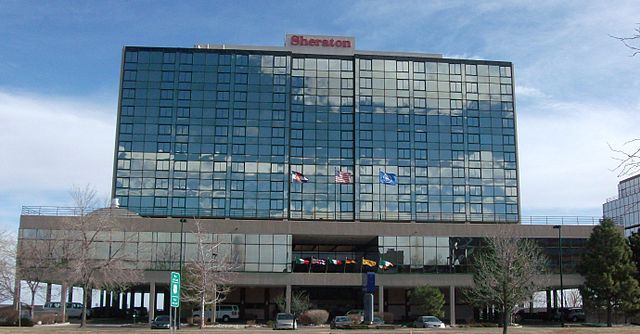 “Loss severities for the month of March ranged from 1 percent to 78 percent, based on outstanding balances at disposition. Total realized losses in March represented a decline compared to approximately $191.3 million.

“CRED iQ identified 16 workouts classified as dispositions, liquidations or discounted payoffs. Of those 16 workouts, only two were resolved without a loss.

“One resolution – Sheraton Denver West — resulted in excess proceeds available to the trust after the real estate-owned asset (REO) was sold. The sales price for the asset was greater than its total exposure, equal to its unpaid balance, servicer advances and additional expenses.

“The largest loss, by total amount, was the liquidation of University Mall, which was an REO regional mall located in Burlington, Vt. The property had been with the special servicer since July 2015.

“The REO liquidation resulted in a $50.2 million loss on an unpaid balance of $92 million, leading to a loss severity of 54.6 percent. The loss was allocated to the LBCMT 2007-C3 CMBS conduit transaction, one of the few remaining legacy CMBS deals that are still active.

“The largest distressed loan, by outstanding balance, to be resolved was the $110 million Great Value Storage Portfolio loan, which was split pari passu across three CMBS conduit deals. The debt stack for the collateral also included mezzanine loans totaling $166 million. The loan was transferred to special servicing in June 2021 due to the bankruptcy of the borrower.

“It is worth noting that the Great Value Storage loan was the subject of a demand to repurchase due to a breach of representations and warranties. The portfolio was acquired by a joint venture between CBRE and The William Warren Group/StorQuest for $588 million, well above the total debt amount.

“Like the previous month, lodging properties made up the majority of distressed workouts, accounting for eight of the 16 dispositions. The average loss severity for lodging workouts was approximately 42 percent.

“The highest loss severity was associated with the liquidation of Wyndham Garden Hotel – Oklahoma City, a 244-key hotel that became REO in July 2020. The asset had an unpaid principal balance of $6.9 million at disposition and its sale resulted in a $5.4 million loss, equal to a 78.2 percent severity.

“Also notable among March workouts was the liquidation of the $16.5 million university catered to enrollees at Iowa State University. The REO asset had been specially serviced since November 2018 and was liquidated with a 38.4 percent severity.

“Excluding defeased loans, there was approximately $3.3 billion in securitized debt that was paid off or worked out in March, which was comparatively lower than $5.2 billion in February. In March, 10 percent of the loan resolutions were categorized as dispositions, liquidations or discounted payoffs. An additional 14 percent of the loans paid off with prepayment penalties.

“By property type, lodging had the highest total of outstanding debt paid off in March, led by the retirement of an $828.4 million mortgage secured by a portfolio of WoodSpring Suites hotels and the payoff of a $294.6 million loan secured by a La Quinta Hotel portfolio.”