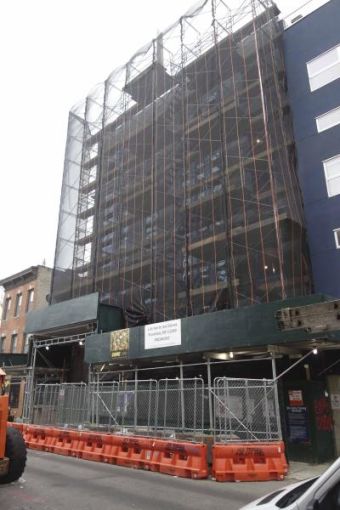 Canada-based clothing brand Frank and Oak will open its first Brooklyn location this summer with 3,500 square feet at 106 North Third Street in Williamsburg.

Leap Inc. — a platform for retail companies that staffs, leases and designs brick-and-mortar stores for direct-to-consumer firms looking to expand — leased the space for 10 years on behalf of Frank and Oak, according to Katz & Associates’ Scott Sher, who represented Frank and Oak as well as Leap in the deal. Asking rent was $150 per square foot.

Frank and Oak will open the store in May or June, after Leap builds out the space and hires and trains employees, Sher said. Sher worked with Leap for about a year before finding the space, and toured it with Frank and Oak before the deal closed in the first week of March.

While the new outpost is Frank and Oak’s first in the borough, the clothing brand has a location at 252 Lafayette Street in SoHo, several scattered across Canada, one in Chicago and one opening in China, according to the retailer’s website.

The six-story mixed-use property between Wythe Avenue and Berry Street is owned by David Kubresi, the CEO of denim brand Vigoss, and home to Sven Moving, according to New York YIMBY. Kubresi did not immediately respond to a request for comment.