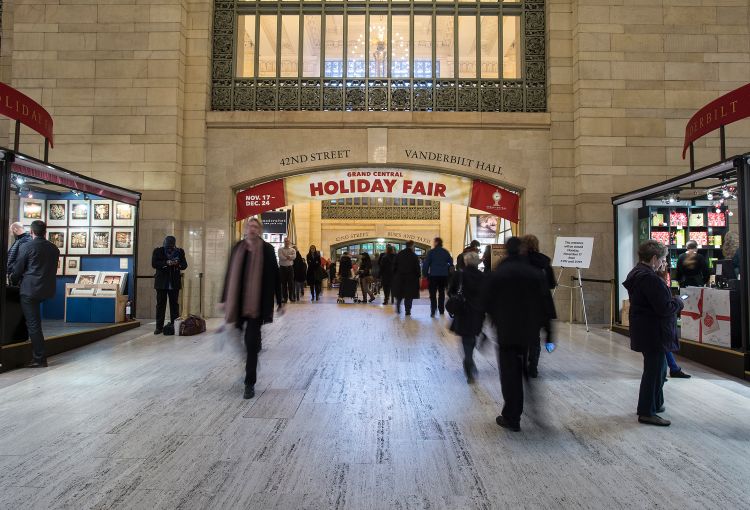 At the very least there will be a section to hang out and have a glass of pinot grigio while you wait for your train, as City Winery is set to become the Metropolitan Transportation Authority’s newest tenant in the transit hub.

City Winery signed a three-year, $4.5 million licensing agreement with the MTA for a 15,888-square-foot section of the Vanderbilt Hall West section of the station where they will serve alcoholic beverages and food, according to documents from the agency’s finance committee.

Formerly home to the Great Northern Food Hall, the deal is the result of a September 2020 request for proposals seeking a vendor for the space. But the RFP was terminated in November 2020 due to lack of interest, and CBRE began helping the agency find short-term tenants, according to the documents.

City Winery submitted a letter of intent in August 2021 and was chosen because of its existing customer base in locations across the city such as Pier 57, Rockefeller Center and Greenwich Village. It plans to operate this location as a gastropub with a farm-to-table menu and a grab-and-go retail operation, according to the MTA.

City Winery and the MTA did not respond to requests for comment, but Michael Dorf, the CEO of City Winery, told Gothamist that he was not at liberty to speak about the transaction until the lease is finalized. But David Florio, MTA’s, chief real estate transactions and operations officer, said during a Monday meeting that there would be live music ensembles limited to four performers with cabaret seating around a small pedestal, according to Crain’s New York Business, which first reported the deal.

The music was described by the MTA documents as “ambient background music.”

City Winery will pay the MTA $500,000 for the first year along with 8 percent of gross sales, similar to the deal with Cipriani for its restaurant in Grand Central.

Mark Hallum can be reached at mhallum@commmercialobserver.com.