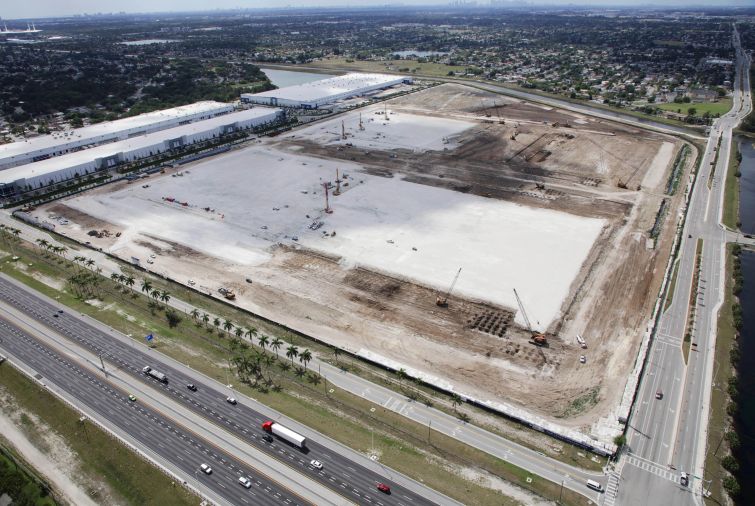 The complex is expected to be delivered by the third quarter of 2023, according to the Illinois-based developer. Steve Roth of CBRE secured the loan.

Also in 2021, City Furniture leased 287,000 square feet, which was the year’s second-largest industrial lease in South Florida, according to The Real Deal. The other tenant, HapCor, a grocery distributor to the Caribbean and Latin America, is leasing 114,808 square feet.

Located at 4310 NW 215th Street, the 2.6 million-square-foot development sits on a 186-acre site, adjacent to the Ronald Reagan Turnpike and less than four miles from Hard Rock Stadium.

Miami Gardens, thanks to its proximity to Miami and Fort Lauderdale, has become a hotbed for industrial development.