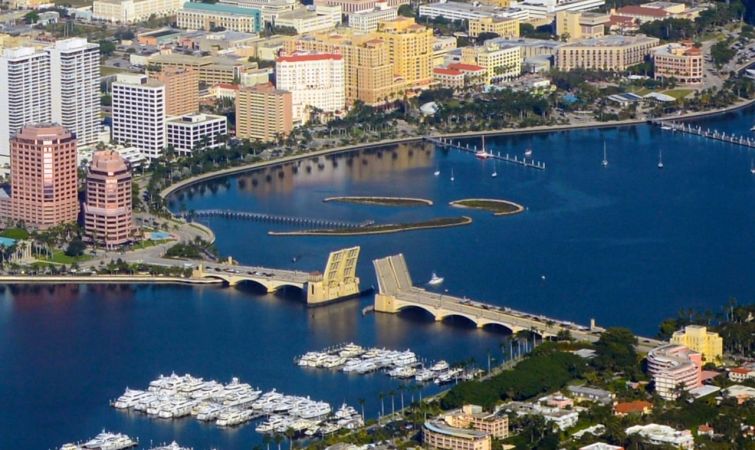 Aerial view of West Palm Beach, with Phillips Point on the left at the base of Royal Park Bridge. Image: Wikimedia Commons

Christian Manor Apartments, a 200-unit community for low-income tenants 62 and older in West Palm Beach, Fla., is getting a $38.7 million makeover.

Phase Housing Corp. of Alpharetta, Ga., owns the apartment complex, according to property records. Commercial real estate financier Greystone said Thursday that it provided a $17.5 million construction loan as part of the redevelopment of the age-restricted housing community at 325 Executive Center Drive.

New York-based Greystone said in a statement that the financing is provided through the U.S. Department of Housing and Urban Development’s HUD 221(d)(4) program.

In addition to the HUD loan, the financing package includes secondary debt from a Florida State Apartment Incentive Loan.

Greystone said the renovation is scheduled to take 16 months and will include updating and rehabilitating each building’s exterior facade, roof and common areas. All 200 units will be repainted and will get new energy-efficient appliances, flooring and fixtures.

The redevelopment is being done by a team that includes Phase Housing Corp., SCG Development and IDP Properties.