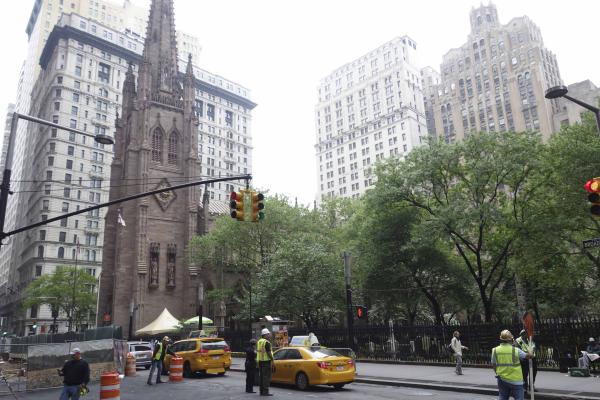 The civil, structural and transportation engineering consultant SI Engineering is moving up in the world — by about two blocks to its new offices at 107 Greenwich Street, a source with knowledge of the deal told Commercial Observer.

SI Engineering snagged 10,108 square feet across the entire 19th floor at the 26-story building between Carlisle and Rectors streets, according to the source. Asking rent was $80 per square foot in the 10-year lease.

The Greenwich Street address is the 130,000-square-foot office portion of 76 Trinity Place, a 317,288-square-foot building, designed by Pelli Clarke Pelli Architects. The consultancy will likely move into the building, owned by the Episcopal parish Trinity Church Wall Street, after its offices are built out, according to the source.

SI Engineering’s new offices sits directly above the property’s 18th-floor amenity space equipped with a café, terrace and conference rooms, according to a building brochure. The property also holds Trinity Church’s staff on the sixth through 13th floors as well as five floors of public space, dubbed Trinity Commons, that includes a full-size gymnasium.

The firm will likely relocate from the sixth floor of 39 Broadway by the end of the year, according to the source.

Newmark’s Cooper Weisman and Scott Gutnick handled it for SI Engineering. JLL’s John Wheeler, Andrew Coe and Tabatha Dixon represented the landlord. Newmark declined to comment on the deal, while JLL, SI Engineering and Trinity Church did not immediately respond to a request for comment.