MTA Issues RFP for 550K-SF Facility, Including All-Electric Bus Depot, in the Bronx 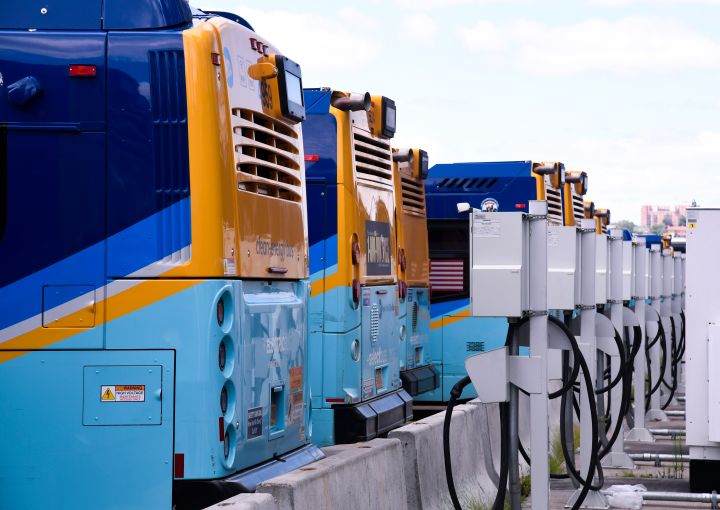 The Metropolitan Transportation Authority (MTA) is looking for developers to help it convert a 550,000-square-foot parcel in the Bronx — adjacent to the Gun Hill Road Bus Depot — into a facility to recharge its emerging electric fleet.

A request for proposals (RFP) was released March 14 by the agency to aid the agency in its goal to replace all New York City Transit buses with zero-emission vehicles by 2040, the MTA announced Tuesday. The agency previously started a pilot for electric buses on the M60 route in Manhattan in early 2020 with the purchase of 60 fully electric buses.

The MTA sees the project as an opportunity for developers to incorporate energy conservation and eco-friendly technology while providing a capacity for 225 buses.

“This RFP is good for the residents of the Bronx, for New Yorkers and for the MTA,” Janno Lieber, CEO and chair of the MTA, said in a statement. “This two-part strategy will leverage private developer funds and project management to deliver a new, modernized electric bus charging facility.”

Pre-construction could begin as early as 2023 with the RFP deadline set for May 13.

The location slated for the new depot is in the Baychester neighborhood and has access to Interstate-95 as well as zoning rights that allow developments to extend to 1 million square feet, leaving room for additional facility space on the part of selected builders, according to the MTA.

“Industrial space options are increasingly rare in the Bronx, and New York City in general,” said Jamie Torres-Springer, construction and development president for the MTA. “This property serves as the catalyst for the large-scale electrification of our diesel-powered Bronx bus fleet by providing swing-space to accelerate the conversion of our existing bus depots to electric power, making the Bronx an early beneficiary of carbon-free buses.”

The agency plans for the placement of a solar panel array on the roof, and built into the RFP is the understanding that the chosen developer will fund the construction of the facility and pay ground rent that will go toward the MTA’s capital needs.

The northwest portion of the parcel, which the MTA leases to a non-profit that operates little league baseball fields, will not be displaced by the pending development, according to the MTA.

The land was acquired by the MTA in the mid-1980s with plans for a large bus depot. Financial constraints at the time, however, led the MTA to construct a much smaller facility.

This isn’t the first all-electric bus depot the MTA has planned, with the agency announcing in December 2021 that it intends to build one for up to 60 electric buses in Jamaica, Queens, AM New York reported.