"Every parent — I mean anybody — should want to live in a green environment." 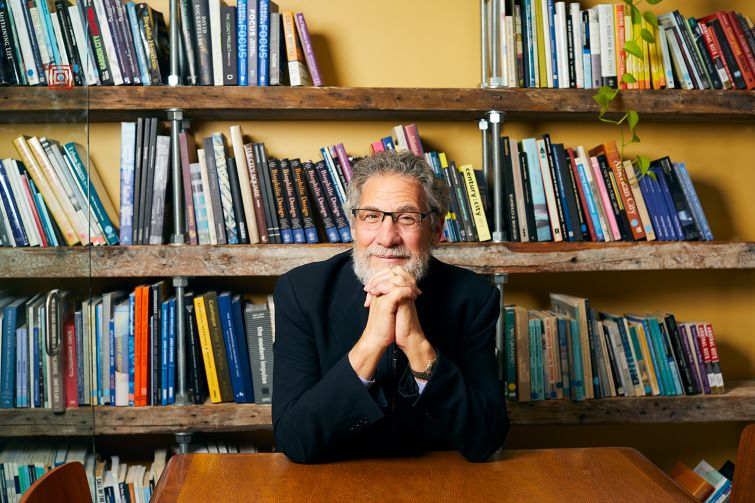 At the end of January, Jonathan Rose returned to his Midtown offices from a trip to Bhutan that he’d undertaken at the behest of the South Asian country’s king. Due to Bhutan’s strict COVID-19 restrictions, Rose spent two weeks quarantining at a hotel with international urban planners and engineers as well as Bhutanese leaders and urban planning staff, even though everyone was virus-free. They worked diligently on an urban plan, green building strategies and affordable housing for the Thimphu-Paro region.

The on-site meeting was part of a regional planning process that kicked off in the fall of 2021. Rose, 69, had been to Bhutan multiple times, but the pandemic made travel there prohibitive until January.

That kind of project — for which Rose is a volunteer adviser — is outside the purview of Rose’s eponymous firm, but in his wheelhouse as a leader in the integration of business, public policy and nonprofit work into the creation of more environmentally, socially and economically resilient communities, and author of “The Well-Tempered City: What Modern Science, Ancient Civilizations and Human Nature Teach Us About the Future of Urban Life.”

Rose’s firm, Jonathan Rose Companies, established in 1989, develops new affordable and mixed-income housing. It also has a series of private equity investment funds that buy existing affordable housing and preserve it as affordable. The firm’s portfolio includes 101 properties with 17,584 units in 17 states.

Part of Jonathan Rose Companies’ approach is integrating a “communities of opportunity” strategy, through which the firm connects its residents to all kinds of resources for their health and well-being. As Rose explained: “So we have asked as a company, can we take every property that we own, no matter where it’s located, and bring to it on-site services, through partnerships with not-for-profits and local hospitals, etc., to make each one a mini-ZIP code of opportunity. So that’s our mission.”

Commercial Observer sat down with Rose — a married father with two daughters and five grandchildren — at his offices on the 23rd floor at 551 Fifth Avenue on March 3, as his firm’s COVID-19 taskforce was meeting. (“We agreed to relax our mask mandate, making masks optional for vaccinated staff, bringing us in line with recent changes to CDC guidance and state rules, etc.,” Rose later said.)

In addition to talking about the trip to Bhutan, Rose discussed how he got into mission-based work and the largest project the company has underway in New York — Sendero Verde in East Harlem, a joint venture with L+M Development Partners and the Acacia Network. There, the companies are building 700 homes for a mix of families from the formerly homeless to those with middle-range incomes.

Commercial Observer: Where have you been during COVID?

Jonathan Rose: My home is in Garrison, N.Y. It’s an hour and 10 minutes by the nicest train in the world. So you may have noticed that this office is two blocks from Grand Central [Terminal]. And my home is a mile from the Garrison station. And I love the train.

How often have you worked from the office versus home?

Did you go anywhere interesting over the course of the pandemic like some of your colleagues did?

I just came back from two weeks in Bhutan.

Not fancy. I wrote a book on cities called “The Well-Tempered City,” and the king of Bhutan read the book. The king invited me to advise the country on urban planning. And ever since I’ve been advising the country on his urban and regional planning issues. And this has ramped up and I’m now leading a global team with Bhutan on the replanning of its capital city region.

The capital’s called Thimphu and the other main city near it is called Paro. So, we’re doing a regional plan for the Thimphu-Paro region. And, because Bhutan has a very serious COVID policy, I and others flew into Bhutan, like, a month ago. We were there for two weeks in a hotel quarantining the entire 14 days. The Bhutanese we were working with were required to move into the hotel and quarantine for 14 days. And so we spent 14 days deeply working on this regional plan and then I got a plane and flew out.

You all quarantined together?

We all were frequently tested. We’re all healthy, but they kept us in this 14-day quarantine period. So we worked day and night. We occasionally would go out in a car to go look at something and then come back. [laughs]

Back to your book. Are you planning on writing another one?

What’s the new one about?

What other cities are you advising?

In general, [Bhutan is] who I’m advising now. I have done advice for other cities, like São Paulo and Rio de Janeiro [both in Brazil]. And, very early on, when the Czech Republic was still Czechoslovakia, I advised them on an affordable housing project. I advised the island of Nantucket in the late 1990s on affordable housing. Throughout my career, there have been different cities or places that I have advised on affordable housing issues. But what [my work with] Bhutan looks like now is a call every Friday morning. And it’s ramping up. I mean, there’s a lot of work we’re doing. So I had a call from 7 to 8 this morning.

What did you discuss?

The call this morning was actually about how to shift the construction technology from the reinforced concrete to timber and other biological materials, which is greener, which creates more local jobs, which is a more indigenous kind of architecture. And, by the way, globally, the industry is shifting more towards timber construction. The building code I think just shifted in New York to permit it. So we’re going to be seeing more of it here.

How are you compensated?

For Bhutan it’s a donation. I donate my time.

And the other cities?

In the past, the company did more of this work and we had a small planning group here that did that and we were paid consulting fees. But we don’t do that anymore.

The company’s 33 years old now, and when I began I did all kinds of things and, as we’ve grown larger, we’ve focused more actually on just the affordable mixed-income housing, either buying it and building it or renovating it, making it green and bringing social health and education services to our residents. And what I found was, as much as I really enjoy these international consulting projects, they were a distraction from the company’s focus on its prime mission.

How did you get into this mission-based work?

It’s a calling, for I feel like I was born into it. I’m a third-generation real estate developer; I was born into a real estate developing family called Rose Associates. From the time I was a small child, my father [Fred Rose] was building some Mitchell-Lama buildings in the Bronx. And I would go visit those, like as a 6 year old and on weekends with him and kind of inspect them, and it was the time of the civil rights movement; I was really moved by this opportunity to create affordable housing for people in need. And then, at the same time, I was deeply interested in the environment and always wanted to bring together environmental work, affordable housing, work and development, because I loved all three.

After graduate school [at the University of Pennsylvania] I joined my family’s business; I was a partner there for 13 years and learned the craft of building and development. And, then, in 1989 I left to start my own company to be purely mission focused as a for-profit focused on green, affordable and mixed-income housing. And, although I had an instinct for this idea of communities of opportunity, I didn’t have the tools or the resources to figure out how to implement that at that time.

That was always part of the original vision. It’s just taken longer to bring it to being.

How do you apply these principles to your personal life?

So, first of all, my own home has all green material — everybody should live with green materials. And, you know, one of the interesting things is, for example, we have residents who have come to us who’ve said that when they moved into one of our buildings their kids were missing many weeks a year of school because of asthma. And, when they moved into our building, their asthma went away because of the nonvolatile indoor air environment. Every parent — I mean anybody — should want to live in a green environment.

My house has solar power and uses geothermal energy for heating and cooling, and it is well-insulated. I take the train to work and so I try to apply these ideas personally too [though] I’m imperfect.

Changing gears. I saw there recently was a housing lottery for phase one of Sendero Verde in Harlem. When will people move in?

We should be welcoming our first residents around June 1.

When built, Sendero Verde will be the largest Passive House development in the U.S., per your company. What makes it so?

It’s an energy efficiency standard that requires the building to be super insulated. The building has triple-glazed windows and extra insulation, so that it both rejects heat so it’s cooler in the summer and it stays warmer in the winter. It requires significantly less energy to heat and cool.

Sometime in the next few weeks, there will be an announcement. Enterprise Green Communities [Criteria], which has been around for at least 15 years — and I was one of the people who helped create it as an affordable housing guideline — has now kind of integrated with a national global guideline for health called the WELL [Community Standard]. And the first building to be certified under the combined enterprise and WELL guideline is one that we have renovated in the South Bronx called Thessalonica [Court Apartments at 350 Saint Anns Avenue].

Final question: How do you think the mayor’s doing?

First of all, I love the fact that he’s a vegan. As I understand it from his story, it’s really an attempt to get to root causes, that he found himself with diabetes, and then he asked, “Why do I have diabetes?” Instead of saying, “I’ll take drugs and dialysis or whatever all my life,” he said, “I’m going to get to the root cause.” And that is exactly the mindset that we need in a mayor; that’s the kind of thinking that we need to address the problems that the city has.

And, on the environmental side, he has appointed Rohit Aggarwala as the head of [New York City’s Department of Environmental Protection]. He’s a fantastic choice for DEP, and [the mayor’s] choices in housing — he’s made some great choices. He’s off to a good start as far as I’m concerned.