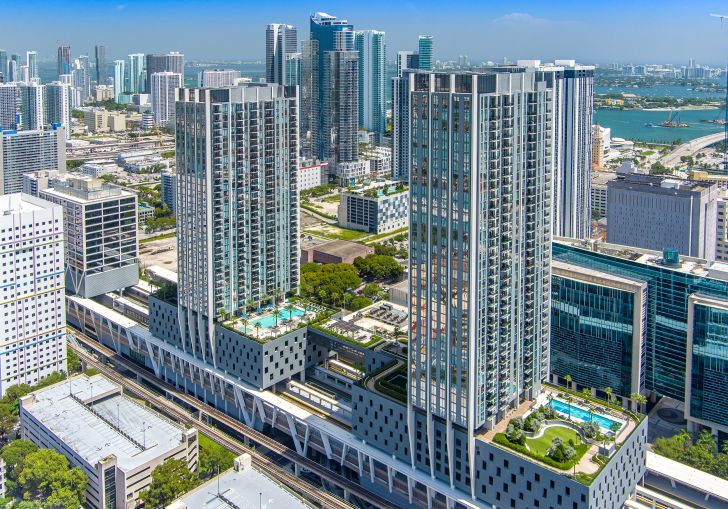 A person with direct knowledge of the transaction said the buyers paid between $400 and $500 million. The seller, Florida East Coast Industries (FECI), put the property on the market with a $500 million asking price last September.

The Parkline acquisition exceeds 2021’s biggest residential buy in gross terms across South Florida. Barry Sternlicht’s Starwood Property Trust topped the list when it dropped $371 million for a 349-unit complex in the Dadeland suburb of Miami.

“We are confident that the business environment in South Florida, and Miami specifically, will continue to thrive and the high demand for luxury residential, transit-oriented developments will continue to soar as Miami marks itself as one of the most prominent international cities,” Richard Litton, president of HGI, said in a statement.

Today, best known for being Brightline’s parent company, FECI was founded by one of Florida’s forefathers, oil and railway magnate Henry Flagler, in the late 19th century.

FECI’s business strategy for Brightline is as much about running a train line as it is about selling real estate. The firm has sold developable land and developments near Brightline stations over the years. Last year, private equity giant Blackstone bought an office complex, also connected to MiamiCentral, for $230 million with plans to station its own office there.