To Bootstrap or Not: Proptech Founders On When to Take VC Money 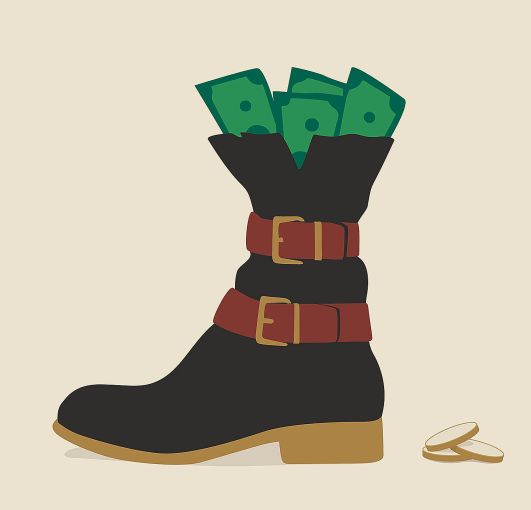 For a number of proptech founders, avoiding the siren song of venture capital funding can lead to greater control of their startup’s development.

However, knowing when to pivot to accepting VC largess can make a large difference in a company’s ultimate success, according to founders who have gone through the process.

“When we decided to turn into a product company, we evaluated taking capital,” said Brent Steiner, founder and CEO of Engrain, a Denver-based property touring and map-based data visualization software technology company. “But after talking to many smart people, [including] some venture capitalists, the consensus was if you don’t have to take money, you shouldn’t. And as an entrepreneur, I’ve always felt that early on while you’re trying to find product market fit and make sure there’s a place for you in the world, you should raise capital — by selling something.”

Engrain’s roots were in a marketing agency that Steiner started 12 years ago. However, about eight years ago, he said he and a partner decided to turn it into a product-centric company.

“We decided early that we would find clients who would be early adopters, specifically a touch screen product used for leasing apartments,” Steiner explained. “We install this touch screen and it allows people to see pictures and inventory of the property before it could be physically toured. Some early adopters paid for that and the first several years were very lean as we found a path to cash positive. We literally bootstrapped the company until 2019.”

Part of Steiner’s bootstrapping philosophy involved having the startup’s founders be their own salesforce. “While you’re bootstrapping, I think it’s up to the founders to be primarily selling,” Steiner said. “We didn’t have the luxury of hiring a lot of salespeople.”

Feeling that they had locked down their model and market fit by 2019, Steiner sought outside capital. “We took capital because we couldn’t grow fast enough organically,” he said. “Also eventually, if your goal in the business is to have some type of an exit event, then growth obviously matters. I’m not interested in doing this forever, so that started to become more important.”

Of course, proptech VCs have their own perspective on bootstrapping.

“An entrepreneur always faces the decision of whether to bootstrap the company or raise venture capital,” said Zach Aarons, a partner and co-founder of Manhattan-based fund MetaProp. “Proptech companies that require large amounts of research and development should consider raising venture capital. Companies that utilize frontier technologies like robotics, 3D printing, computer vision or hardware typically require almost two years of research and development before they can launch their product.”

Then there’s the other side of the coin, Aarons said.

“Companies that are building software workflow products should consider bootstrapping, as it usually does not require a large capital investment or large team to launch a software product,” he said. “The second consideration relates to the total addressable market size of the sector they wish to penetrate. If the market size is small, bootstrapping is a better option, as venture capitalists will only invest in businesses that have a path to becoming gigantic.”

Valcre is one software company that did indeed bootstrap as it built out its offering, a product for commercial real estate appraisers. The company launched in 2016.

“We spent about two years prior to that building out the product in stealth, which kind of leads into bootstrapping,” said Lucas Rotter, CEO and co-founder of San Diego, Calif.-based Valcre. “We built out the product on our nights and weekends versus spending our days doing that.”

Rotter started out in the appraisal business with Colliers, he said, which gave him an inside view of how to build out his product, another important aspect of successful bootstrapping.

“Through that process, we learned how inefficient the technology was that they were using and I started building my own technology for myself and my team,” Rotter said. “That led into being tasked with building out the tech stack and valuation platform for Colliers International, which I spent the next six years building out for them across the U.S.

“Through that experience, I learned what appraisers were looking for and that the industry is very fragmented. There are a lot of little players and the corporate real estate giants only make up about 15 percent of the market. So we found a large hole in the market where there was some potential for us to provide software to the rest of the industry to help them have better tools.”

Although San Diego-based, Valcre was designed to be a remote-worker company from the start, said Rotter, who lives in La Jolla, just north of San Diego, making it easier to bootstrap the startup.

Working remotely allows Valcre to “bring in the best talent from anywhere versus saying, ‘Hey, we’re going to be headquartered in San Diego and we can only hire people in San Diego where wages might be really high because the cost of living is very high.’ So for us, we can go to any market, and we’ve got people all over the U.S. currently, to find the best person for the role, versus the best person that just happens to live in the city.”

Given both startups’ growth success with bootstrapping, what and when would lead them to pivot to taking VC money?

“We decided to only take money from people who are going to be accretive to what we’re trying to do, so that there’s a benefit beyond just the money,” he said. “Our main focus is the multifamily proptech space and through a lot of our clients and this ecosystem, we knew of a venture capital group called RET Ventures out of Park City, [Utah], which is comprised of [limited partners] who are our clients. We talked to them, as well as some other VCs, but we just felt that it’s a total synergy [not to be] overlooked, so we ended up working with them.”

Engrain’s founders invested about $1 million of their own money over eight years of bootstrapping. Once they opted three years ago to raise outside money, the company raised $1 million from a small group of high net worth individuals from among their clients, and then brought in $3.5 million from RET in a “second seed round,” said Steiner.

So is Engrain now profitable as it goes after more advanced funding?

“Oh, no!” Steiner said. “Once you take that money, it’s time to spend it. Given our bootstrapping roots, that was very difficult at first. I remember our first board meeting, where they just looked me in the eye and said, ‘You’re gonna have to spend this money.’ And that’s just not how we were accustomed to working.

“We got comfortable with the concepts, and, since 2020, we’ve burned a lot of cash on specific things, investing in our products and then in our sales and marketing teams. Our goal is to be cash positive by the end of this year, which we’re on track to do.”

Valcre’s Rotter is not yet inclined to jump on the VC gravy train.

“We’ve been bootstrapped the entire time and we still remain bootstrapped to this day,” Rotter said. “We’re open to investments from capital partners, but we set out to build Valcre into a business that was profitable. I never really come from the background of, ‘Hey, I have an idea. Let’s go spend somebody else’s money and figure out how to make that work and how to make that into a business.’”

“In 2016, we started with $13,000 and that was really just to keep things going,” he added. “But we’ve never put additional money into the business. We bootstrapped purely on revenue and we’ve been growing over the last five years — triple-digit growth year over year on average, and we continue to accelerate that growth.”

As for advice to proptech founders looking to move from bootstrapping to taking VC money, Engrain’s Steiner admits to continued caution.

“I very much believe that you need to have at least your MVP [minimum viable product] stage done before you take any VC capital,” said Steiner. “In situations where a company does have product market fit, then I always caution them to work with VCs who, as I said, are accretive to what they’re doing. There are a lot of sharp elbows out there in the VC space. And we’ve seen so many early-stage startups just really never even have a chance because they didn’t have the fit or they leveraged themselves too much or gave up too much. If you give out too much equity too soon, then obviously your motivation is going to be affected.

“I would tell founders to avoid it as long as you can. It’s an adjustment certainly. I have a boss now and a board of directors. There’s the rigor of quarterly board meetings. So you’ve got a shot clock, whether you’re ready or not.”