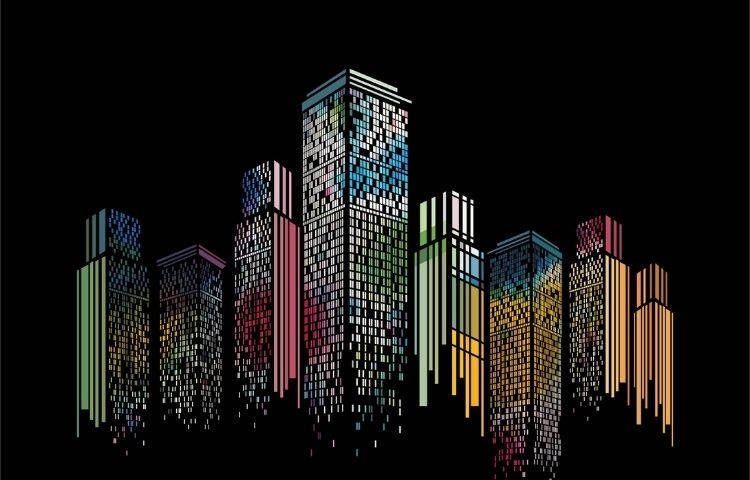 But where else across the country is Stroock’s impact evident?

From our nation’s capital in Washington, D.C., to Los Angeles and back to South Florida, Stroock’s real estate team is making waves — with projects ranging from an iconic tower that defines the L.A. skyline to a District-area tech campus that was once home to one of the earliest online innovators.

Discover a selection of the varied significant and transformative projects across the country in which Stroock has had a hand.

Previously known as the Library Tower because of its proximity to the 1926 Central Library, this skyline-defining edifice was built in 1989 by developer Maguire Partners, which also purchased air rights above the neighboring library so it could literally reach for the skies with the height of the tower. Owned by Silverstein Properties, this 1,018-foot skyscraper is an icon of the DTLA skyline.

Originally constructed in 1934 as one end of the High Line — an elevated railway used to move goods along Manhattan’s West Side — St. John’s Terminal will soon host Google employees as a key part of the tech giant’s Hudson Square campus. The former freight facility-turned-sustainable office building located at 550 Washington Street sold for $2.1 billion in 2022 — the highest-priced sale of an office building in Manhattan since the start of the pandemic.

Built in 1939 as the Bancroft Hotel, this five-story, 100,000-square-foot beachfront facility will soon be home to Class A boutique office space — something unique for the Miami market. With the influx of professionals from around the nation to South Florida during the past two years, this property will surely attract a new type of tenant — one interested in office space but with hotel-style amenities, a trend fed by pandemic-era shifts in preferences.

As a newer project built in 2017, Midtown Center is an 865,000-square-foot complex that contains of two towers connected by pedestrian bridges located in the heart of Washington, D.C. Known for its first-class office space, Leadership in Energy and Environmental Design (LEED) certification and top-notch amenities, the building boasts a rooftop terrace with views of downtown D.C. and the Washington Monument, on-site parking with electric charging stations, well-equipped fitness studios and more.

Previously home to The Washington Post, this building now hosts Fannie Mae’s headquarters as well as several retail shops for tenants and neighborhood residents to enjoy.

Trammell Crow Center — a 50-story skyscraper towering over the center of the Dallas Arts District — was constructed during the 80s building boom. After a late-2000s transformation, the center emerged as an innovative mixed-use facility featuring retail stores, a conference center and bountiful outdoor green space, cementing the tower’s iconic place in the Dallas skyline.

In keeping with the spirit of the surrounding Arts District, the Trammell and Margaret Crow Collection of Asian Arts — housed on the first floor of the building — strikes a creative chord with visitors and long-term commuters alike.

Spanning 140 acres and containing over 5,880 apartments, Starrett City is described as a “strong and much-loved community” by New York Gov. Kathy Hochul. The housing development, one of the largest federally assisted rental complexes in the United States, features a long list of amenities to keep that spirit of community alive, including fitness classes, a shopping center, youth activities, a weekly newspaper and an independent cogeneration power plant.

Located near Boston’s legendary Fenway Park, the Landmark Center was built in 1928 as a Sears, Roebuck & Company distribution center and now hosts office and retail space as well as a cinema.

While it sits on the National Register of Historical Places, the Landmark Center is paving its way to the city’s future. Sold in 2021 for more than $1.5 billion, the building is now owned by Alexandria Real Estate Equities, which intends to transform it into a life sciences hub.

A sparkling new, airy office located along the Texas capital’s riverfront, 100 Congress provides tenants with a sleek space featuring modern amenities. But that’s not all — this innovative property boasts the distinction of having received LEED-EB (LEED for existing buildings) gold certification in recognition of its sustainability efforts.

Considered “one of the best buildings in downtown Austin,” 100 Congress features a variety of amenities like state-of-the-art fitness and multimedia centers, bike storage for “green commuters” and two parking garages.

America Online (AOL) was an early internet pioneer providing dial-up service, email, instant messaging and connectivity to millions of Americans in the 1990s. The former Northern Virginia headquarters will soon have $1 billion of capital injected for the construction of a 2 million-square-foot, cutting-edge data center with powered shells and flexible design to attract hyperscale tenants.

Soon-to-be home to USL Championship soccer team Queensboro FC and the first purpose-built soccer stadium in New York City, the Queensboro Soccer Stadium is one of the latest developments in the Jamaica neighborhood of Queens.

In addition to providing a community hub and new job opportunities, the stadium’s location on the City University of New York (CUNY) campus will also allow students and area residents alike to celebrate Queensboro FC’s debut season in 2023.