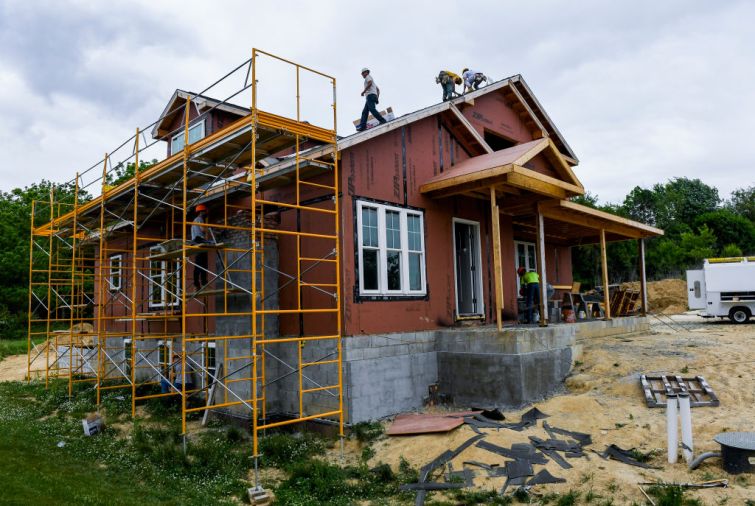 The housing boom, particularly across the Sunbelt, is reminiscent of the 2002-2005 boom, when spec-built housing was fueled by easy money and rising prices. While the underlying circumstances are different, the glaring economic markers do harken to “The Big Short” days, and we should watch for the storm clouds. Will the market pressures leave residential construction owners in the dust?

According to CoStar Group, the Sunbelt region saw greater than 20 percent rent growth, year over year, in 2021. The rising rents have been attributed to increased demand during pandemic times to migrate to the Sunbelt region. However, with much of the supply absorbed and new projects still to come online, there is evidence of a slowdown ahead. The slowdown in new projects coming online is equal parts the threat of rising interest rates and the increased construction costs.

First, let’s discuss construction costs. According to JLL, construction material costs were up 23 percent in 2021. Several months ago, lumber prices spiked. When they abruptly reversed, the market let out a sigh of relief.  While lumber prices are down 25 percent from recent highs, overall lumber prices are up 174 percent from pre-pandemic levels. Additionally, major construction materials such as steel mill products were up 123 percent, year over year. Plastics, gypsum, copper, and aluminum also saw from 16 to 45 percent increases. With the recent uptick in construction projects, labor costs for subcontractors have risen substantially. It is projected that over 2022, the trend in rising labor costs will continue with an estimated 3 to 6 percent increase in labor costs. This intersection of construction cost volatility has caused many general contractors to balk on giving Guaranteed Maximum Price Construction contracts, opting instead for Cost Plus. Lenders hate the uncertainty that this causes, and will often want the developer to increase contingencies, post reserves or opt to simply reduce leverage across the board.

Correlated to increased construction costs is higher debt service which means lower profits. While the 10-year Treasury increased to around 2 percent — it was below 1 percent in January 2021— this doesn’t tell the whole story.  It is the perception of higher interest rates in the next year or two which crimps developers. The cost of interest rate caps and swaps has spiked dramatically. On a $42 million deal that we recently closed, the price of a two-year, 2 percent cap on SOFR went from $30,000 to $130,000 over the last 90 days. This increase is surprising because SOFR itself hasn’t budged from 0.05 percent. But fewer counterparties are willing to take this “free money” bet and fear they may have to pay the hedger in case SOFR rises above 2 percent within two years. So, lenders in general are pricing the assumptions on their exit loans much higher. This again reduces leverage and increases the spread that lenders are requiring to originate these loans.

While the aforementioned risk factors have increased in 2022, we aren’t ready to sound the alarm bell just yet. This housing rally likely has legs due to the housing demand which, while slowing from its peak, is still on the rise while building permits for new developments haven’t been able to keep up. According to U.S. Census Bureau data, across the United States new housing starts (measured by building permits) reached 1.9 million units, the highest in 15 years.

According to Yardi Matrix data, the Sunbelt currently accounts for 32 percent of the total U.S. pipeline as of September 2021. Until the supply/demand dynamics change, the Sunbelt region is likely to stay hot. According to Mid-America Apartments, a national multifamily real estate investment trust with a strong presence in the Sunbelt, lease rates were up more than 12 percent in 2021, demonstrating the red-hot demand across the Sunbelt.

Much of the demand in housing in the Sunbelt coincided with the trend to work-from-home caused by the pandemic and a systemic shift from urban to suburban markets.

So long as that demand hasn’t been completely absorbed yet (inventories continue to decline), the rally could last another six to 24 months. The risk will come once that pent-up demand is satiated and builders, like they are prone to do, will be at peak construction just when demand plummets. A close eye on the statistics in the coming months will give us a preview of more precisely when that will occur. Of course, interest rate spikes, unemployment increases, or other extraneous shock could accelerate this reversal.

Dan E. Gorczycki is the managing director of TrueRate Services.