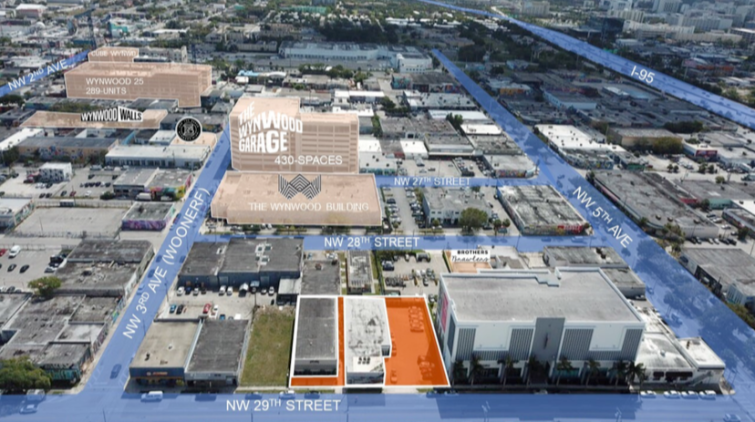 The new acquisition includes a 7,000-square-foot parking lot as well as two commercial buildings, totalling 11,000 square feet. It’s unclear whether the lot will remain untouched or be redeveloped. Representatives for the company did not immediately respond to a request for comment.

The land is zoned under the T6-8-O regulation, which permits developments as high as 12 stories. The seller, Gabriele Braha Izsak of the Red Group, described the designation as “Wynwood’s most liberal commercial zoning.”

UOVO’s existing warehouse, located at 346 NW 29th Street, sits 18 feet above sea level, the highest elevation point in the city, and was constructed to withstand a category 5 hurricane, according to UOVO.

The property came under the ownership of UOVO in September 2021 when the company paid $50 million for Museo Vault, a South Florida competitor. The deal also included a warehouse in West Palm Beach as well as a viewing room, also in Wynwood, and a crafting shop.

Miami has become an art destination since the Swiss art fair Art Basel came to Miami Beach in 2002. Wynwood, in its own right, has become an art-centric neighborhood thanks to Goldman Properties’ Wynwood Walls, a mural exhibition launched in 2009.

UOVO’s expansion to South Florida follows the path of wealth migration to the region, which has shattered records for residential real estate and undoubtedly boosted demand for space to store pricey art collections.

The company has 900,000 square feet of storage across 10 locations in New York, Delaware, Florida and California. Its founder, Steven Guttman, once headed Federal Realty Investment Trust and is active in the art world, sitting on the board of American Friends of Centre Pompidou, the famed modern art museum in Paris.