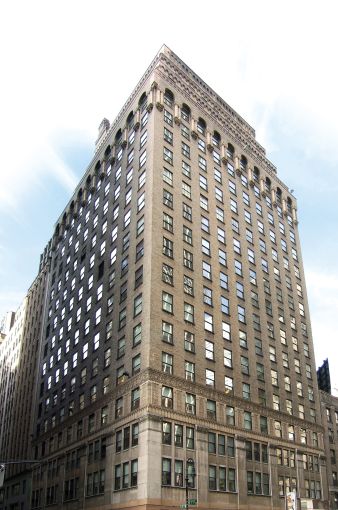 Triton Construction is building up to a major relocation of its New York City headquarters.

The general construction firm signed a lease for 12,015 square feet on the 14th floor of 550 Seventh Avenue, a 25-story building built in 1925 and still owned by the original developer, the Adler Group.

Triton will not only be relocating, but expanding its office footprint with this recent deal brokered on behalf of the tenant by Lee & Associates NYC’s Dennis Someck and Justin Myers. Michael Heaner and Sam Stein of Kaufman Leasing handled it for the landlord.

“The larger space, coupled with the fantastic natural light, and convenience to major subway lines and major transportation hubs in Port Authority and Penn Station made the building very appealing,” Someck said.

Lee NYC declined to provide the asking rent and length of the lease. Representatives from Triton and Kaufman did not immediately respond to a request for comment.

Asking was $55 per square foot when textile firm Nassimi signed a 12,005-square-foot lease on the 15th floor in September 2021, just one above the space Triton agreed to take, as previously reported by Commercial Observer.

The building was also once home to some of the most legendary Garment District designers, having hosted the likes of Ralph Lauren, Donna Karan and Oscar de la Renta as tenants in the Art Deco structure situated between West 39th and West 40th streets.

It is not clear at this time when Triton plans to migrate from its current headquarters at 30 East 33rd Street.