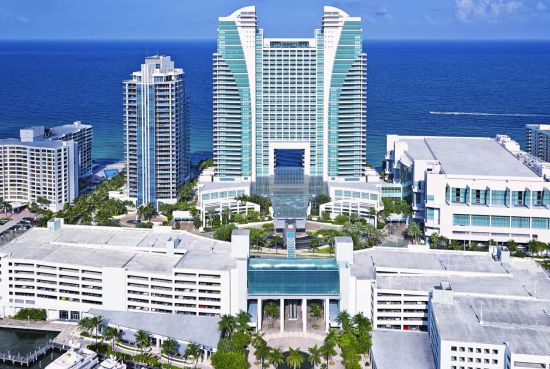 The Honolulu-based buyer is now under contract to purchase the oceanfront hotel with JLL heading the sale, according to a source with knowledge of the negotiations.

Representatives for both Trinity Investments and Brookfield Properties, which owns the resort, declined to comment.

If finalized, the sale would mark the end of a three-year saga for Brookfield. The asset manager had first listed the property for $1 billion in 2019, and Jeffrey Soffer’s Fontainebleau Development was close to buying it until COVID-19 got in the way.

Only a few months ago, talks between Brookfield and Fontainebleau Development, along with Koch Real Estate as a buying partner, had started up again, CO reported. But those negotiations, once again, fell apart, according to The Real Deal. Fontainebleau declined to comment.

The deal would also mark the largest hotel deal since the pandemic hit two years ago. In 2021, the biggest transaction came in at $270 million, when Pebblebrook Hotel Trust bought the Margaritaville Hollywood Beach Resort down the road from the Diplomat.

Trinity Investments wasn’t far behind on the list, buying the EAST hotel in Brickell City Center for $174 million with Certares Real Estate Management.

Diplomat Beach Resort is South Florida’s second-largest hotel with 1,000 rooms -and is located at 3555 S Ocean Drive, just north of Miami. The 709,504-square-foot resort includes a marina, a pool deck, four ballrooms and five restaurants. During the high season, the cost of a nightly stay starts at $300 and can cost as much as $800, according to the resort’s website.

Thayer Lodging Group, a subsidiary of Brookfield Properties, purchased the 39-story property for $460 million in 2014, according to property records. Three years later, it invested $100 million in renovations.