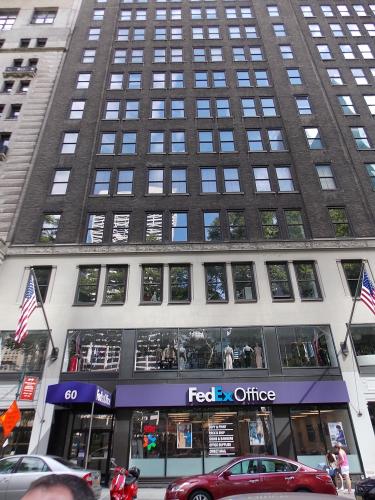 Reidy Contracting Group has signed a 7,723-square-foot lease to relocate to 58 West 40th Street, also known as the Banks Building, across from Bryant Park, Commercial Observer has learned.

With the 10-year lease, Reidy will be expanding its footprint to take up the entire second floor of 58 West 40th Street, moving from its current 4,000-square-foot offices at 20 West 31st Street. The asking rent in the West 40th Street deal was $50 per square foot.

“After seeing many spaces this was their No. 1 choice in efficiency and size,” Nazarian said in a statement. “Reidy loved the character of the building, its views and premier location opposite Bryant Park.”

Reidy began moving into the space last month, according to Norman Bobrow & Co.

Attempts to reach the landlord and its broker were unsuccessful.