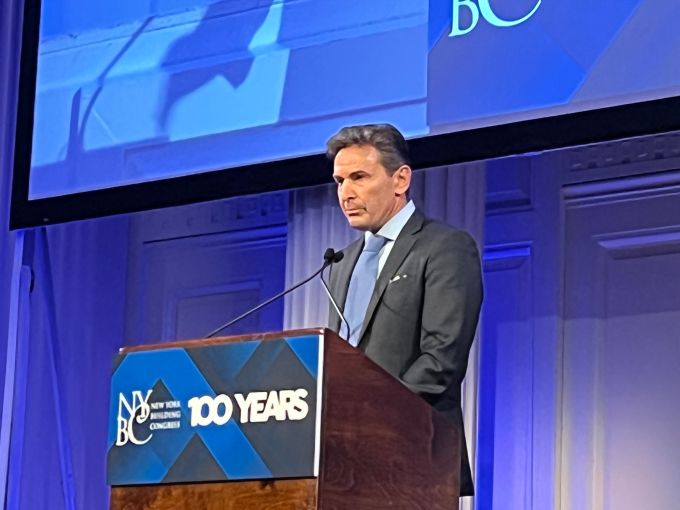 Ralph Esposito — the president of the Mid-Atlantic region for construction firm Suffolk — will take over as chair of the New York Building Congress at the end of Elizabeth Velez‘s two-year term, the organization announced Thursday.

During his career, Esposito worked on the construction of the National September 11 Memorial & Museum at the World Trade Center and the expansion of the Columbia University’s Manhattanville campus, along with other projects in New York City.

Prior to his time at Suffolk, Esposito worked as president of Lendlease, an Australia-based property developer, builder and owner, for nearly 25 years.

He will take over from Velez, president of the Velez Organization, a family-owned and operated general construction firm, and has held the chair position since January 2020. Velez held most of her term throughout the coronavirus pandemic and was credited with helping the industry navigate COVID-19.

“She played a critical role in helping particularly MWBE [Minority- and Women-Owned Business Enterprise] contractors and engineers, design firms and architects navigate a pandemic, navigate a post-pandemic, giving mentorship to smaller companies, and really being seen as — her and I together — [an organization] the industry can rely on,” Carlo Scissura, CEO of the Building Congress, previously told Commercial Observer.

Espoito’s appointment was announced on Thursday, as part of the group’s annual membership meeting and construction industry luncheon, where it also unveiled its 2022 recommendations for policy reform.

As CO reported on Tuesday, Scissura appears to be staying put at the organization for the foreseeable future, after being briefly considered by Mayor Eric Adams to head the city’s Economic Development Corporation. Allegations recently surfaced that Scissura had performed the tasks of a lobbyist without officially registering as one.

As outlined at the luncheon, some of the Building Congress’ agenda items include calling for $20 billion from the federal government to improve physical infrastructure across the state, going primarily to the long-forsaken Gateway Tunnel Program, the Metropolitan Transportation Authority, the New York City Housing Authority and the Port Authority of New York and New Jersey.

The Building Congress also plans to push for $311 billion from the state infrastructure plan to go toward the reconstruction of Penn Station, reimagining the Brooklyn-Queens Expressway, advancing the congestion pricing plan in Manhattan’s central business district and furthering analysis of implementing the Interborough Express.