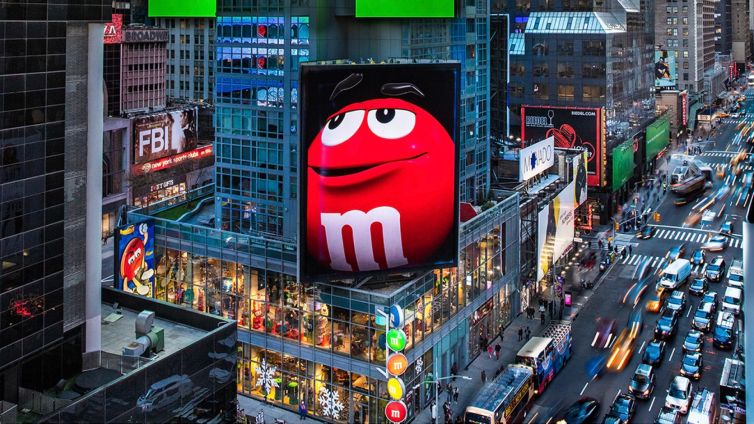 Paramount Group has secured $98 million in acquisition financing for the retail condominium at 1600 Broadway that’s home to M&M’s World store in Times Square, Commercial Observer has learned. The 10-year loan was provided by Bank of America.

“We are thrilled to have worked with Paramount Group to arrange the financing for their exciting acquisition of the retail condominium at 1600 Broadway, home to the famous M&M’s World,” said Gil in a press release. “This transaction goes to show that retail is recovering in highly trafficked, transit-oriented corridors that were originally hit hard by the onset of the pandemic.”

Paramount Group and Bayerische Vergorgungskammer picked up 1600 Broadway, a four-story 25,693-square-foot single-tenant retail and signage condominium that’s 100 percent leased to M&M’s World, for $191.5 million from Sherwood Equities earlier this month. It is one of the largest retail deals in the city since the pandemic.

The retail condo has over 350 feet of wraparound frontage along Broadway, Seventh Avenue and West 48th Street featuring 24-foot floor-to-ceiling glass. The property will soon be renovated  to include  upgraded amenities for M&M’s World store and an extended pedestrian plaza, according to C&W’s release.

Paramount Group and Bank of America did not immediately respond to requests for comment.