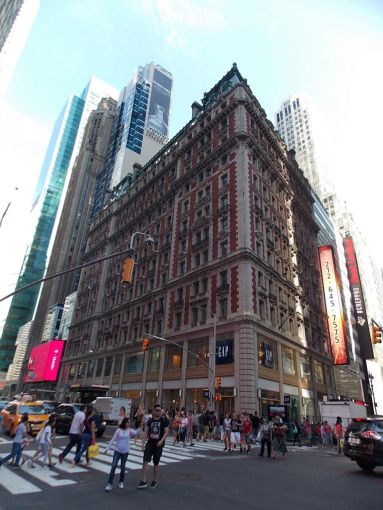 New York is getting a taste of sunny California with a brand new four-floor Planet Hollywood in the Theater District.

Earl Enterprises plans to open a new Planet Hollywood location in 17,500 square feet at 140 West 42nd Street by the end of the year, following the closure of its old location last year after a rent dispute with its former landlord, the New York Post first reported. The Hard Rock Cafe, casino and resort owner signed a 15-year lease for the space below a Hilton Garden Inn, and the asking rent was a little under $3.5 million a year, said Newmark’s Jeffrey Roseman.

“Planet Hollywood has been an anchor in Times Square for 20-something years,” Roseman, who brokered the deal for both parties along with Drew Weiss and Marc Leber, told Commercial Observer. “They were very, very bullish on their return. And ownership was equally bullish on the commitment to Times Square, to bringing in a tenant there that was really going to mean something.”

The deal for the retail condo space between Avenue of the Americas and Broadway, which has been vacant since the building opened six years ago, was in the works in 2020, but when the pandemic hit the transaction stalled, Roseman said. Talks began heating up again with landlord Macquarie Group over the summer and the deal closed at the end of last year.

The Planet Hollywood restaurant on the second and third floors will have two distinct themes — a tribute to the movies, similar to the original Planet Hollywood, and a movie-related art gallery, the Post reported. It will also include a delivery-only kitchen where local offices and hotels can order meals from another Earl business, Virtual Dining Concepts, which includes restaurants like MrBeast Burger, said Roseman.

The first Planet Hollywood location opened in 1991 on West 57th Street, then moved to 1540 Broadway where Vornado Realty Trust sued the restaurant chain for ​​$5.5 million in unpaid bills before its lease ended in August 2021 Crain’s New York Business reported.