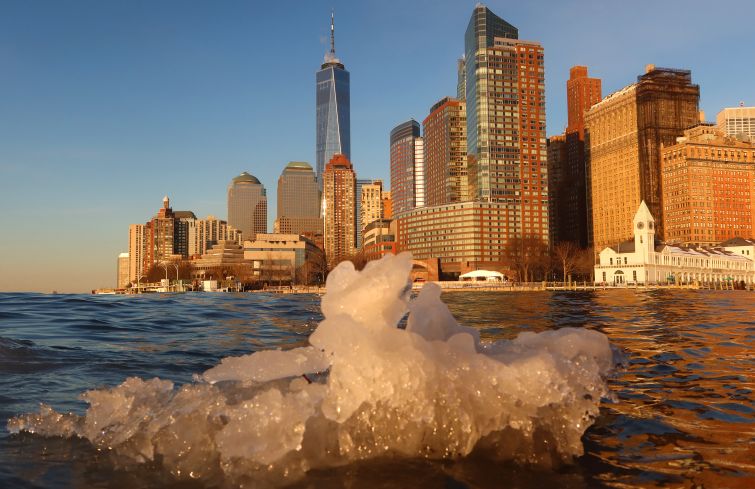 The biggest threat to the Manhattan office market is …

Remote work? Yes, to a degree. Even as the world clicks over into the third year of the coronavirus pandemic, well over half of the office space in Midtown, Midtown South and Downtown sits empty most workdays, according to Kastle Systems, a proptech firm that tracks office swipe-ins at buildings.

The bifurcation between top-shelf, Class A space and everything else? That’s a threat, too, in that those older properties lacking the modern amenities many credit tenants crave will get left further behind in the race for new occupants.

But what really threatens the Manhattan office market is all of the space that’s planned. Rents could crater, incentives spike (landlords are already spending a mint to attract and retain tenants) and the entire model of office construction in Gotham could go kaboom.

The Moody’s Analytics data does not include owner-occupied space. So, for instance, JPMorgan Chase’s under-construction headquarters at 270 Park Avenue is not part of the stats because the bank plans to occupy those 2.5 million square feet.

The data is also current as of early February. Who knows what might happen? Leasing activity in Manhattan was already up nearly 26 percent annually in January, to more than 2.28 million square feet, according to brokerage Colliers. Each week brings news of new deals, and, while most major companies leasing space in Manhattan have pushed their full return-to-office dates back, all are planning to come back in some form.

Still, it’s hard to get around the volume of office space available for lease in Manhattan more than two years into the pandemic. The same Colliers report pegged availability at 17.2 percent in January, up from 14.2 percent a year ago. That suggests any new demand isn’t enough to overtake supply. And, due to remote work and other trends — including the vampiric endurance of coworking and the hub-and-spoke model with more satellite offices orbiting a Manhattan HQ — there might never again be enough demand.

This would buck history, and not in the good way.

There have been different eras when Manhattan slapped on a lot more office construction than the millions of square feet anticipated now. “Office construction surging in Manhattan,” was the headline on a front-page New York Times piece in February 1981: “Office space totaling more than 23 million square feet — the equivalent of 10 Pan Am Buildings — is being built, or is about to be built, in Manhattan this year.” Some 49 million square feet total would go up in the 1980s, according to the New York Building Congress, following 55.4 million in the 1970s. Another 10.7 million would go up in the 1990s and nearly 20 million in the 2000s.

The 2010s would see the most since the 1980s, with more than 27 million square feet coming online behind projects such as the new World Trade Center and Hudson Yards. All of this was usually cause for speculation about who or what would fill the new space — witness the coverage of hoity magazine publisher Condè Nast’s move to One World Trade Center in 2014 — rather than would anyone fill it. In fact, there seemed a never-ending cascade of office-using jobs in New York City. The city hit an annual record of nearly 1.97 million in 2017, then broke that twice right before the pandemic.

The pandemic. The trends it unleashed have upended the old build-it-and-they-will-come model of office construction in Manhattan.