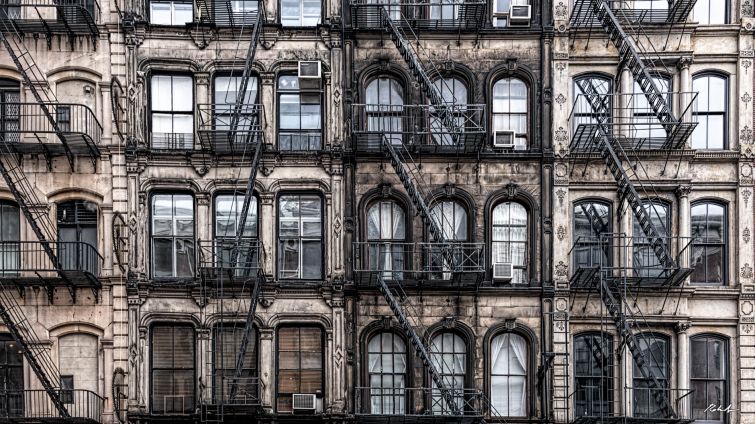 A neighborhood group launched a lawsuit calling for Mayor Eric Adams and the city to throw out the SoHo and NoHo rezoning, which was approved in the waning days of former Mayor Bill de Blasio‘s time in office.

The group, Coalition for Fairness in SoHo and NoHo, filed a verified Article 78 petition in State Supreme Court in Manhattan on Thursday, saying approval of the controversial rezoning of SoHo and NoHo was both unconstitutional and a violation of the New York State Environmental Quality Review Act.

The coalition seeks an annulment of the rezoning — which despite years of upheaval from residents of the Downtown neighborhood in public outreach sessions, was approved by New York City Council on Dec. 15, 2021 — using much of the same arguments used by opponents when the process was in play, according to the group’s attorney, Jack Lester.

“This rezoning is a land grab by big developers disguised as redistribution of wealth. It violates the constitutional rights of the city’s longtime residents including the elderly, retirees, artists and working families,” Lester said in a statement. “The de Blasio administration ignored the clear objections of the community board and short-circuited multiple legal processes to bulldoze the rezoning through City Hall in the 11th hour of an outgoing administration that is no longer accountable for the harm and displacement now faced by New Yorkers living in SoHo, NoHo and Chinatown. If this unconstitutional policy is not vacated, many residents will face the cruel choice of displacement from their homes or bankruptcy.”

Listed as respondents in the suit are Adams, who took office in January, the Department of City Planning, the City Planning Commission and the City Council.

While the Adams administration seems to have its differences with that of his predecessor, they’re of one mind on the rezoning.

“This rezoning will help ensure that all our neighborhoods are doing their part to solve our city’s housing crisis, particularly those that are centrally located and well resourced, and the administration has been proud to support it,” Nick Paolucci, a  spokesman for the Law Department, which responsible for the city’s legal affairs, said in a statement. “The rezoning underwent a thorough public review process, which included a comprehensive environmental impact statement. We have successfully defended this rezoning before, and we aim to do so again.”

The one area of disagreement between Adams and de Blasio came when Adams vetoed a provision of the rezoning last month that would’ve increased the fines for non-artists buying lofts in the neighborhood, Gothamist reported.

The rezoning plan went through several overhauls, but in the end ​​the commercial floor area ratio, or FAR, allotted to developers was to remain mostly unchanged, while the residential FAR would be greatly expanded to possibly create between 621 and 940 affordable units under the city’s mandatory inclusionary housing law.

This isn’t the first lawsuit to hit the courts to try to tank the rezoning. The SoHo Alliance and the Broadway Residents Coalition previously tried to stall the process arguing the city didn’t give enough notice over the switch from in-person to online Zoom hearings on the plan.

The suit ultimately failed after Judge Arthur Engoron ruled that there was “no showing of immediate, irreparable” harm in letting the process move forward.

Among other long-standing arguments against the rezoning are concerns that five Landmarks Preservation Commission-designated historic districts fall within the scope of the plan and that builders may opt for other forms of development more lucrative than affordable housing such as big-box stores or offices.