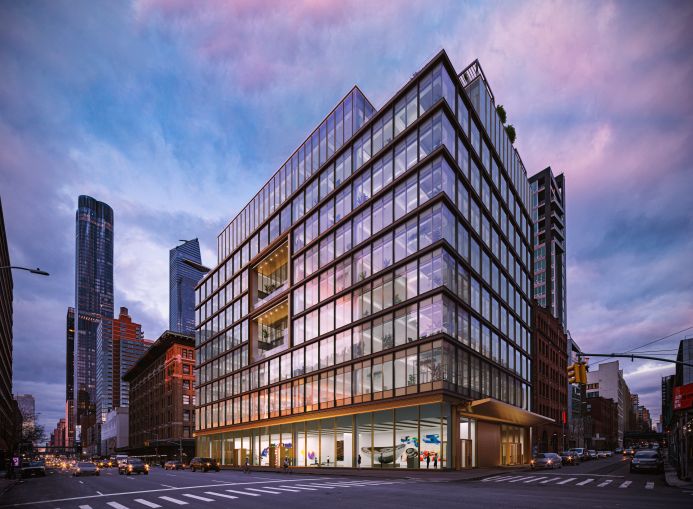 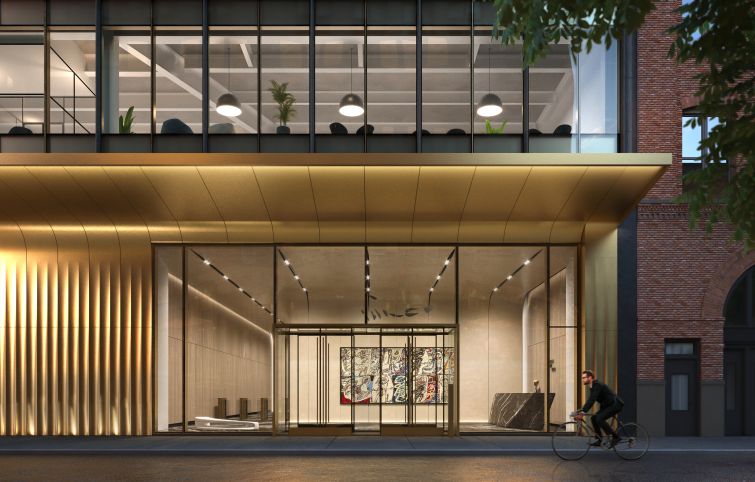 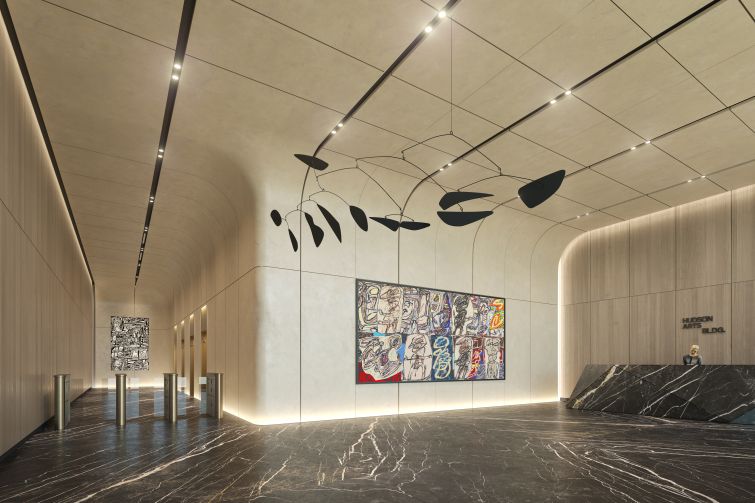 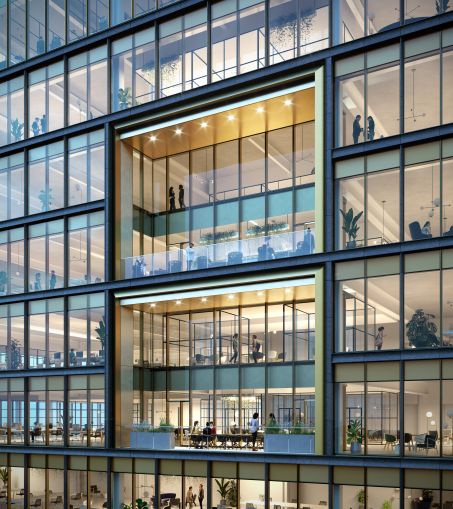 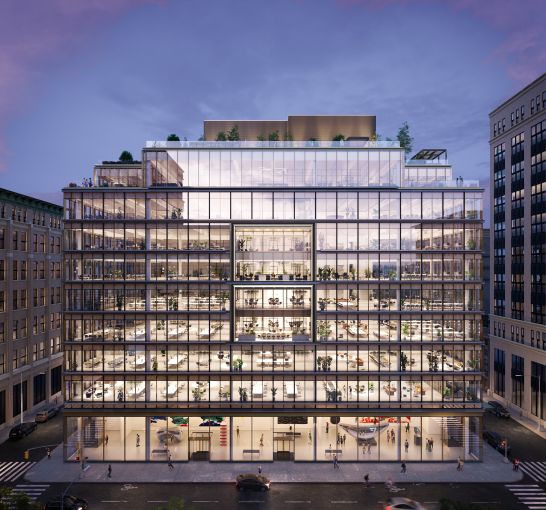 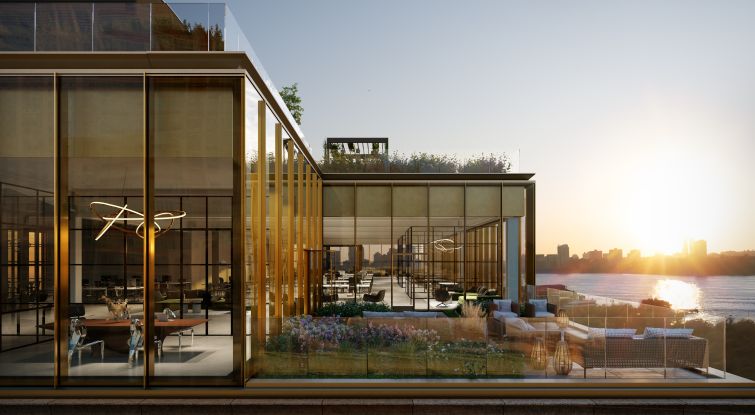 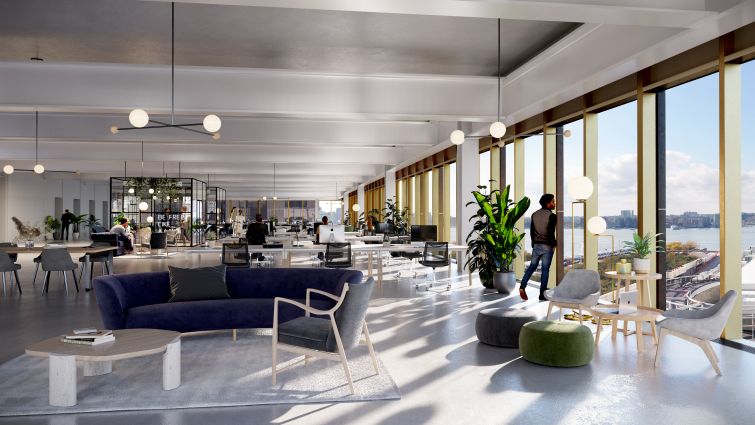 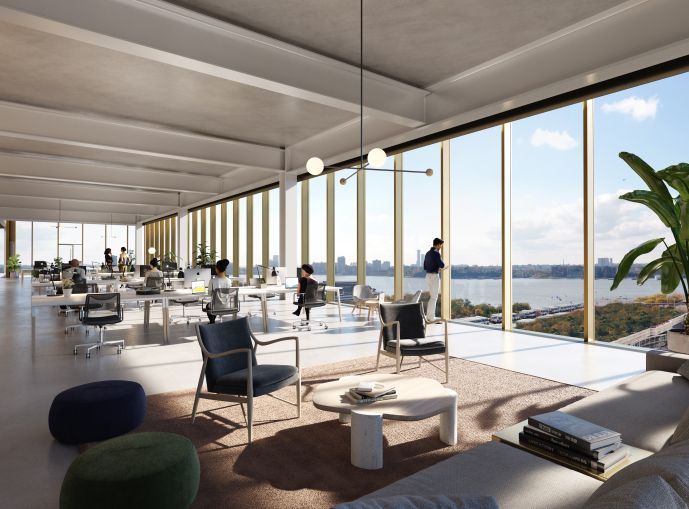 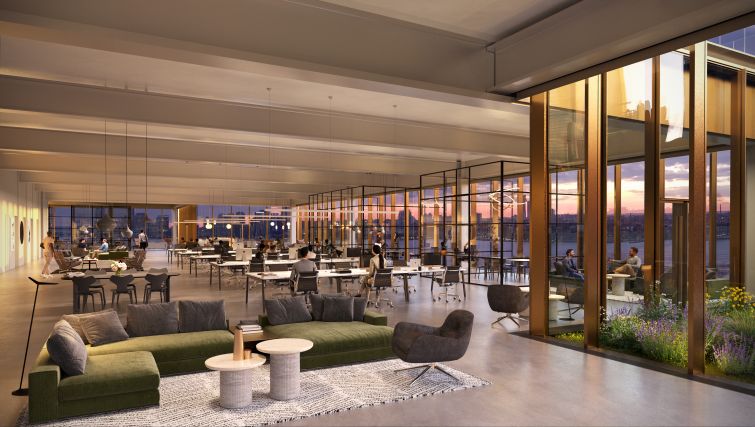 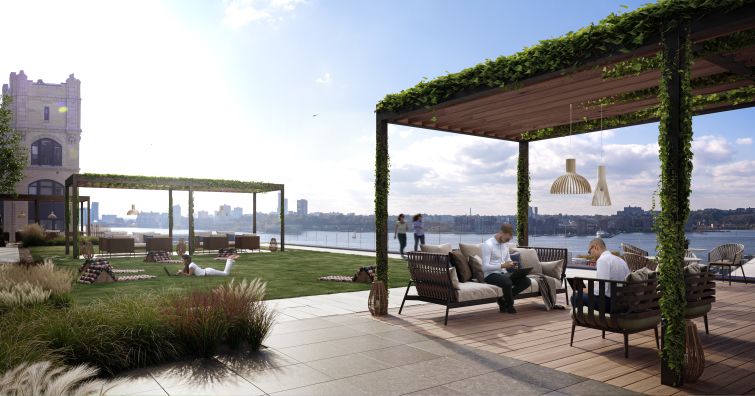 In 2016, at the height of New York City’s last luxury condominium boom, The Moinian Group filed plans to build a 40-unit condo building at 220 11th Avenue in West Chelsea, designed by Zaha Hadid. Hadid died that year, and Moinian decided to construct a 10-story office project on the site instead.

The family-owned real estate firm has controlled the block-long site between West 25th and West 26th streets for 20 years, since it acquired the vacant lot from a parking operator in 2002. Finally, in early 2020, it broke ground on what it called the Hudson Arts Building, a 200,000-square-foot office property designed by STUDIOS Architecture. During the pandemic, the developer put construction on hold, and the site remains a hole in the ground.

But Moinian restarted work this year, with hopes of completing the project by the time the office market rebounds. The developer hopes to wrap construction by the end of 2024.

Like many of its peers nearby in Chelsea and Hudson Yards (where Moinian is constructing 3 Hudson Boulevard), 220 11th Avenue will feature a glassy translucent facade with floor-to-ceiling windows, cutouts in the facade to allow for terraces, and setbacks on the top two stories to create a 12,500-square-foot wraparound roof deck. The ground floor — which will house retail — will have double-height ceilings, and the office floors will range in height from 14 to 17 feet.

The lobby has a unique design, with veined, black-and-white marble floors and a matching, angular marble desk. The walls will transition to the ceiling via strips of dramatically curved marble, which will be milled into continuous, smooth pieces. The design is similar to the lobby of Brookfield Properties’ One Manhattan West, which features curved walls because the building had to be cantilevered over the Amtrak tracks next to Penn Station.

The architects at STUDIOS had to grapple with a different transit problem: the ventilation system for the 7 train extension sits directly beneath the site, which meant that the architects could not install building supports on the northern end of the site. The zoning and structural issues led to the design of the sloping lobby walls, and a curved gold entryway and portico continues that theme on the building’s exterior.

Asking rents in the building will range from $150 to $200 a square foot, according to Moinian’s leasing director, Ted Koltis. He thinks that a gallery might end up taking the ground-floor retail space, while the office floors will likely rent to financial and tech tenants.

“It may lend itself to more creative-type uses because of the location but the most likely tenants are boutique financial service firms, family offices and money management firms,” said Koltis. He added that he was optimistic about the future of the office market and the building’s leasing prospects.

“This really feels like we are at the beginning of a very strong upcycle of this market coming back, especially for new product.”