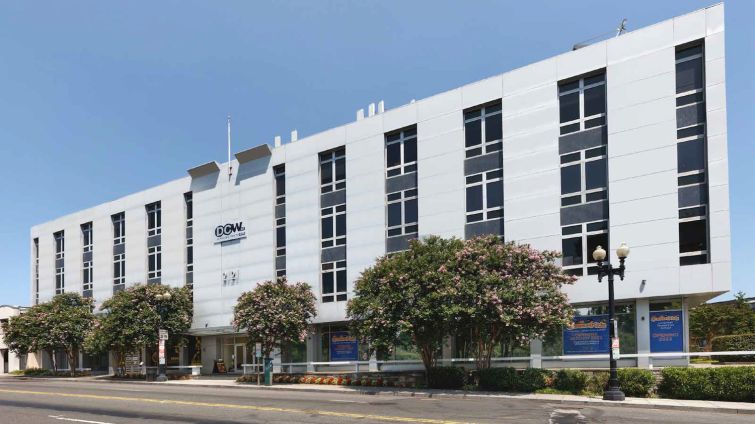 The company purchased the six-story building at 2121 Wisconsin Avenue from JBG SMITH.

“At Marx, we are always looking to acquire special properties that are uniquely differentiated,” Craig Deitelzweig, president and CEO of Marx Realty, told Commercial Observer. “We love that the building has incredibly high ceiling heights and great column spacing, which has real appeal to a wide variety of tenants — including the TV studios which recently expanded at the property.”

Deitelzweig  was referring to Nexstar Media Group, which recently expanded its footprint in the building to 28,766 square feet, occupying the entire third floor and part of the first floor. Another tenant is CommuniKids, a language immersion preschool, which occupies 8,900 square feet on the first floor.

The property, which was acquired by JBG SMITH in 2011 for $21 million, was recently renovated and includes a new lobby, modernized elevators and a host of green features.

“We have been meeting with architects to further engage and enliven the building with Marx’s signature hospitality experience,” Deitelzweig said.

The annual vacancy rate in Glover Park has consistently stayed below the D.C. average over the past decade, according to analysis by Glover Park Main Street.

“The neighborhood also offers a wide assortment of restaurants, parks and conveniences, including a Trader Joe’s adjacent to the building which our tenants love,” Deitelzweig said. “We are seeing strong demand from potential tenants and we have already traded proposals with a great credit entity for all of the building’s remaining vacancy.”

The deal marks Marx’s second acquisition of a building in the District during the pandemic, having acquired The Herald, a 114,000-square-foot 1920s-era office building for $41 million in April 2020.