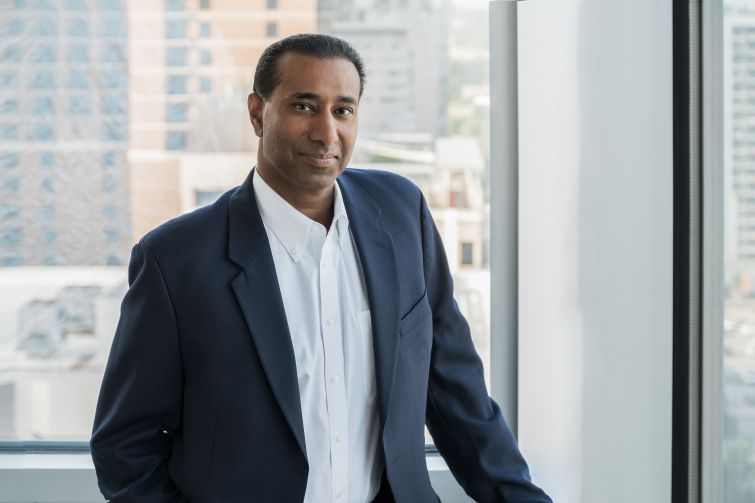 Athene announced the acquisition of Petros, one of the leading C-PACE lenders, on Jan. 18. With Apollo’s collaboration, Athene is aiming to play an integral role in overall growth of this financing tool in commercial real estate. Since its founding in 2016, Austin-based Petros has executed deals in 14 states and last June closed the largest-ever single C-PACE transaction and the first in New York with an $89 million financing at 111 Wall Street.

“The team at Petros stood out as key leaders in the industry, and they’ve really become a go-to partner for commercial property owners to finance clean energy projects,” said Apollo Partner Ephraim Rudman. “The C-PACE market is growing rapidly but we think it’s still early innings and will continue to gain traction among lenders, CRE developers and investors, and state and local governments.”

Under the acquisition, Petros will continue to be led by its co-founders, CEO Mansoor Ghori and CFO Jim Stanislaus, who will retain a minority interest in the combined company.

Commercial Observer spoke with Ghori about what the deal means for the future of C-PACE lending, the potential for deals in New York, and where he sees growth opportunities across the U.S.

How long was the Athene-Apollo deal in the works for and what was the impetus behind it?

We started getting a bunch of calls at the beginning of last year and we go, “gosh, what is happening here?” Like there’s a lot more interest in the space and as we started thinking about us and what we want to do going forward, we decided that it made sense to formalize the process and really do it for a purpose of trying to find the perfect partner, the strongest partner that will allow us to grow the fastest. And, at the end of the day, Apollo was that right partner for us.

What does this capital infusion mean for you and the overall C-PACE financing sector?

The reality is for us now, there is no size issue. There wasn’t before, but now there’s no one that can question the amount or the size of the deal that we can do for them and I think that’s a big, big deal in the marketplace. There are very, very few, if any, other lenders or commercial lenders that can do this size of transaction that we can, and so this really kind of solidifies that aspect. Potential clients never have to question our ability to do large transactions. The other thing it does is it now allows us to go deeper into the cash stack.

For the industry in general, I think what it does is legitimize what C-PACE is and the fact that it’s going to be around to stay and institutionalizes that as well. Now you’ve got very, very, very large firms that are in the space and so it makes it more of a standard.

What do you see as the growth prospects for C-PACE deals in New York City specifically, especially on the heels of that first C-PACE financing for 111 Wall Street last June?

I think the potential for New York City is significant. Since that transaction, we are looking at many, many more transactions in New York, not only New York, but other places as well, that are much larger than our Wall Street transaction. I think that it’s going to be a phenomenal market. It’s still in the process of finalizing some rules around new construction and some of those kinds of things, but once it is really up and going on a full-scale basis it’s going to be a tremendously huge market.

What do you see as the potential for C-PACE loan growth in New York state as a whole?

New York in general really should be the biggest market in the country. New York state has been open for longer than New York City, but combined, if you put them together, it’s a real game-changer for the C- PACE industry.

What are some other states that have been active with utilizing C-PACE and are there any that you see adding this strategy in the near future?

It is live in 27 states plus D.C. Going forward there are a couple of large states that will be opening up. New Jersey, we’ll be opening sometime in the next few months, Tennessee will be opening in the next few months. Chicago is finally open for other lenders to get into that market so that’s going to be a big market. And Nevada is in the process of opening as well. Washington state, Oregon and Massachusetts just opened. Pennsylvania is also opening. So there are a lot of new states that are coming online, which are just going to continue to grow the market.

Turning to property sectors utilizing C-PACE, is there a particular opportunity for hospitality sponsors to explore C-PACE loans during the pandemic when occupancy rates may be a little lower than normal?

All the sectors are applicable for C-PACE. During the pandemic, hospitality became very active. Those developers are the ones that were looking for new ways to finance their projects or refinance their projects and they figured out what C-PACE was very quickly. The reality is, although occupancy rates were lower during the pandemic, they’re just starting to increase in some of the better markets. When we did transactions with them we were able to capitalize on the first couple of years’ worth of payments where it gave them flexibility to get through the pandemic. It gave them breathing room to start to really rebuild and make sure that they’re getting funds back and upgrading their properties.

We want to make sure we’re doing all the right things so that the market can continue to grow. I think the second thing is continuing to grow the market by adding new cities and states like we discussed earlier. I think the third thing for us is continuing to do larger deals and continue to go deeper into the capital stack for our clients so that we can be more of a one-stop shop versus having to go find everything separately.