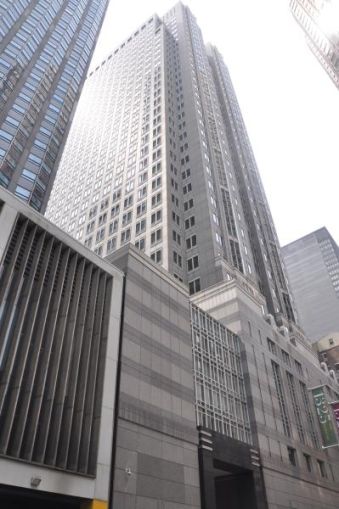 1325 Avenue of the Americas. Photo: PropertyShark

Insurance and commercial law firm Cohen Ziffer Frenchman & McKenna has inked a deal to relocate to 23,347 square feet at Paramount Group’s 1325 Avenue of the Americas, Commercial Observer has learned.

The law firm signed a 10-year lease for the entire 31st floor of the 815,000-square-foot Midtown office building, relocating from the nearby 1350 Avenue of the Americas, according to a source with knowledge of the deal. Asking rent was in the mid-$70s to $80s per square foot.

Cohen Ziffer, which advises businesses on their insurance needs and represents policyholders in pursuing insurance claims, closed on the deal for its new offices in January, according to the source. It was not immediately clear when the tenant would move into its new offices.

JLL’s Frank Doyle, David Kleiner and Andrew Coe represented the landlord in the deal. Savills’ Joseph Genovesi and Charles Goldman handled it for the tenant. Both broker teams did not immediately respond to requests for comment.