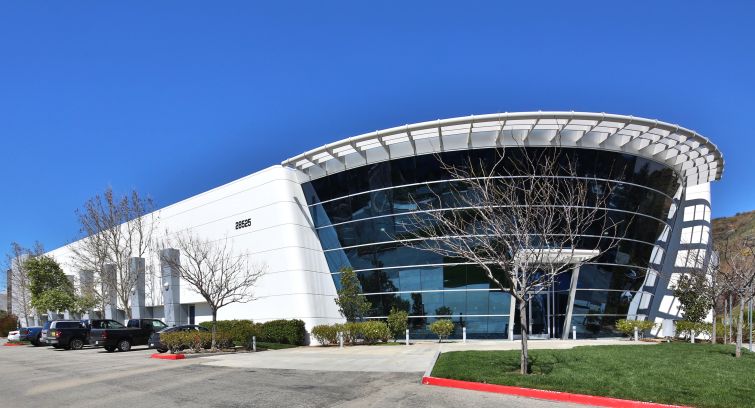 The building is located at 28525 Witherspoon Parkway in the neighborhood of Valencia in the city of Santa Clarita. photo: CBRE

LA North Studios, a growing independent film and television studio, is expanding again in the northern area of Los Angeles County with a 70,550-square-foot industrial lease.

To help meet the fervent demand for production space, the company will convert the property into film and television sound stages, as well as support and office space. The lease brings LA North Studios’ footprint to more than 460,000 square feet spread between five campuses across the county.

“This is a dramatic and modern building with features that make it ideal for us to develop and use as a high-end studio,” he said in a statement. “When this facility comes online in the next couple of months, we’ll have just under a half-million square feet of production space in the region and 15 sound stages.”

CBRE announced the lease. The building is part of the master-planned Valencia Commerce Center. It’s located on 5.4 acres at 28525 Witherspoon Parkway in the neighborhood of Valencia in the city of Santa Clarita. It’s owned by Desert Orchard and Golden Westminster Investments, and it was previously the corporate headquarters for MechanixWear Gloves.

This lease comes shortly after LA North Studios signed for 113,400 square feet in the same neighborhood with landlord IAC Properties, according to reports.