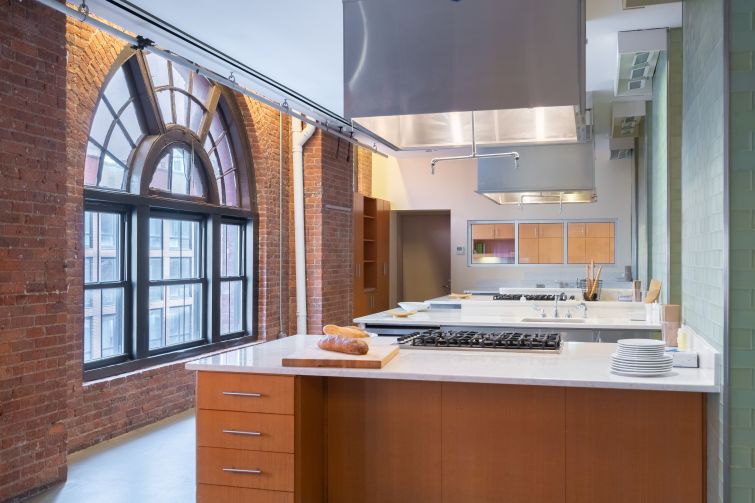 Hot Bread Kitchen, a nonprofit culinary training program for women, relocated its headquarters to 10,000 square feet at Chelsea Market — and landlord Google is footing the bill.

The organization — which offers training, entrepreneurship programs, language classes and childcare for immigrant women and women of color — opened 18 cooking stations and a handful of offices at 75 Ninth Avenue, Crain’s New York Business first reported. The three-year lease is valued at $1.8 million in rent, with Google footing the bill.

“This is a way for us to shepherd resources to people who really need them and that’s our members who are women of color and immigrant women who are coming to us to find a pathway to economic mobility,” Hot Bread Kitchen CEO Leslie Abbey told Commercial Observer. “The food industry is such a vital, vibrant industry here in New York City. It really can provide pathways for these women.”

The nonprofit’s new space, which opened this week on the sixth floor of Chelsea Market, used to belong to the Food Network Test Kitchen. Google and Hot Bread have partnered in the past — in 2019 Google hosted two Hot Bread members, the Ethiopian eatery Gorsha and bakery Mini Melanie, in a food hall kiosk for five months each.

Hot Bread consolidated from its previous headquarters in Brooklyn at 630 Flushing Avenue and from offices in Harlem. The organization plans to launch satellite programs in community kitchens in the five boroughs from its new Chelsea HQ and hopes to grow from 300 to 1,000 members by 2024, said Abbey.

Hot Bread plans to renovate its offices at Chelsea Market, between West 15th and 16th streets — hopefully with donated supplies and services that will let the nonprofit spend more cash on its programming, Abbey added.

Google did not immediately respond to a request for comment.