Data Centers Are Bigger Than Ever. Can They Be Greener? 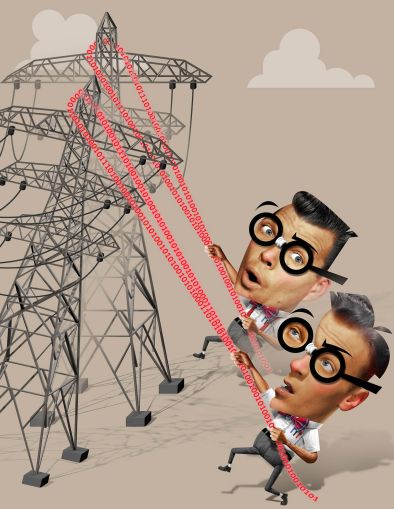 If there are a few silver linings from the global pandemic, a 6 percent drop in energy-related carbon dioxide emissions in 2020 might be one of them, as the spread of the highly contagious virus locked people at home and led to more infrequent car driving and air travel.

It’s not just about binging Netflix or hosting Zoom calls, either. Data centers are also a vital artery for online banking, autonomous vehicles and a range of smart technologies for buildings, city blocks and other property.

All of this means that data centers already account for more than 2 percent of the total U.S. electricity use, according to the U.S. Department of Energy.

It doesn’t stop at these emissions, either.

A study from Virginia Tech on the environmental footprint of data centers in the United States found that data centers in the country disproportionately consume water from regions where it’s already a scarce resource. According to the study, the Eastern U.S. has less water stress compared to the Western U.S., and the electricity generated in the Southwest is more water intensive due to the use of more hydropower. Yet the West and Southwest have more data centers.

Is it really possible, then, to build energy- and water-guzzling data centers while trying to save the planet? It’s a more pressing question than ever for industrial real estate, which has been working toward making its properties more sustainable for the long term. As of this January, there were around 2,750 data centers in the United States, according to Statista.

Industry experts believe building data centers in colder countries could help cut emissions. Google tested this theory by opening a data center in Finland in 2009. However, the environmental impact is usually not a key consideration when locating a data center, according to Landon Marston, assistant professor of civil and environmental engineering at Virginia Tech.

While building temperature-controlled environments is critical to reducing data centers’ environmental impact, so too are technological adjustments.

Artificial intelligence is being deployed in some data centers to reduce power consumption. AI can analyze data output, humidity, temperature and other important statistics to find a way to improve efficiency, drive down costs, and reduce total power consumption.

Since 2014, Google’s data centers have been using 50 percent less energy than the industry average through efficient evaporative cooling solutions, smart temperature and lighting controls, and custom-built servers that use as little energy as possible.

Besides technological innovation, companies have also been exploring renewable energy, such as wind, hydro or solar, to power data centers.

As the world’s largest corporate buyer of renewable energy, Amazon announced 18 new utility-scale wind and solar energy projects at the end of 2021, adding to the company’s 274 projects underway globally. “We are moving quickly and deliberately to reduce our carbon emissions and address the climate crisis,” Kara Hurst, vice president of worldwide sustainability at Amazon, said.

In 2021, Amazon’s cloud computing arm Amazon Web Services and Google joined with 25 companies and 17 associations in the data center industry to create the Climate Neutral Data Centre Pact, a self-regulatory initiative to make data centers in Europe climate neutral by 2030. Goals of the pact include purchasing 100 percent renewable energy, prioritizing water conservation and looking for ways to recycle heat.

Amazon founded The Climate Pledge in 2019, aiming to achieve net-zero carbon emissions across its businesses by 2040, something it allows other companies to sign on to. Yet, according to a recent assessment conducted by nonprofits NewClimate Institute and Carbon Market Watch, “The company’s net-zero carbon by 2040 pledge remains unsubstantiated with no explicit reduction target for the company’s own emissions.”

An Amazon spokesperson disputed that take in a statement to Commercial Observer.

“As part of our goal to reach net-zero carbon by 2040, Amazon is on a path to powering our operations with 100 percent renewable energy by 2025 — five years ahead of our original target of 2030,” the statement reads. “We have committed to ‘Shipment Zero,’ which is our goal to deliver 50 percent of Amazon shipments with net-zero carbon by 2030. We’re deploying 100,000 electric delivery vehicles by 2030 and investing in new decarbonizing services and solutions through our $2 billion Climate Pledge Fund.”