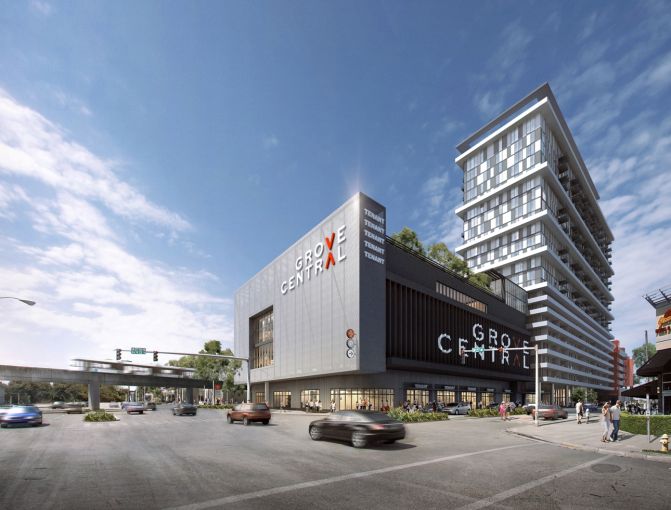 The natural food grocer’s newest addition will be at Grove Central, currently under construction at the intersection of US-1 and 27th Avenue near the Coconut Grove Metrorail station and with a 2023 opening dare.

Sprouts has three more locations slated  to open in Florida within the next few months. The first, at 12690 SW 88th Street in Miami, will mark the first outpost in South Florida when it opens this week.

The second store, at 1759 NW Saint Lucie West Boulevard in Port St. Lucie, is scheduled to open on March 25, and the third has an April 1 opening at 2631 NE 10th Court in Homestead.

Rod Castan of The Courtelis Company represented the developers, Terra and Grass River Property, in the transaction, while Centre-Line Real Estate represented Sprouts Farmers Market. The brokerages and Sprouts did not immediately respond to a request for comment.

Coconut Grove’s accessibility to transit made Grove Central’s  a key selling point to the developers, per the release.

“The addition of Sprouts in this location — at the crossroads of Coconut Grove and Coral Gables along one of the busiest commuter routes in South Florida — is not only a benefit to the residents who will be living at Grove Central, but also to those living in surrounding neighborhoods all along the Metrorail transit line from South Miami to Brickell,” Peter LaPointe, president of Grass River Property, said in a statement.

The Miami-based developers plan for Grove Central to have a 23-story residential tower with 402 homes, a new 1,250-space public parking garage and approximately 170,000 square feet of retail space with tenants including Target and Total Wine & More.

The location of the development will give shoppers and residents access to the Coconut Grove Metrorail station, The Underline park, Miami-Dade’s bus system as well as the city of Miami’s trolley network.

A publicly traded company, Sprouts has over 380 locations nationwide with the majority of them being in Arizona and California.