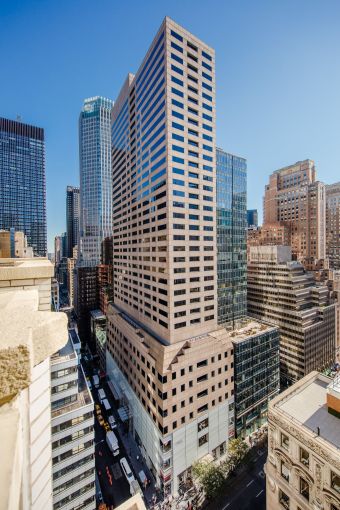 The Seattle-base company is relocating their New York City office from 1095 Avenue of the Americas, asking rent was not disclosed.

Chris Gulden of Beacon said in a statement that Russell Investments will join other well-known tenants such as private equity firm Charlesbank Capital Partners in getting access to a “best-in-class” work environment.

“We’ve been seeing a trend of tenants looking for quality office space in amenity-rich buildings and 575 Fifth Avenue is a great fit for Russell Investments,” Mainthow said.

The Fifth Avenue address is a 40-story, 513,740-square-foot office tower that was refinanced in 2019 by $309 million from TPG Real Estate Finance Trust on the money Beacon Capital borrowed in 2015 to purchase a 50 percent stake in 575 Fifth Avenue that year, Commercial Observer reported.

Beacon Capital Partners and MetLife also recently completed a $30 million capital improvement program that included a new lobby, upgraded building systems and a bike room. Tenants also get access to an amenity center with a conference room, a café, a lounge, a barbershop and a kitchen.

As for transit, the building is situated near Grand Central Terminal, Rockefeller Center and Bryant Park.