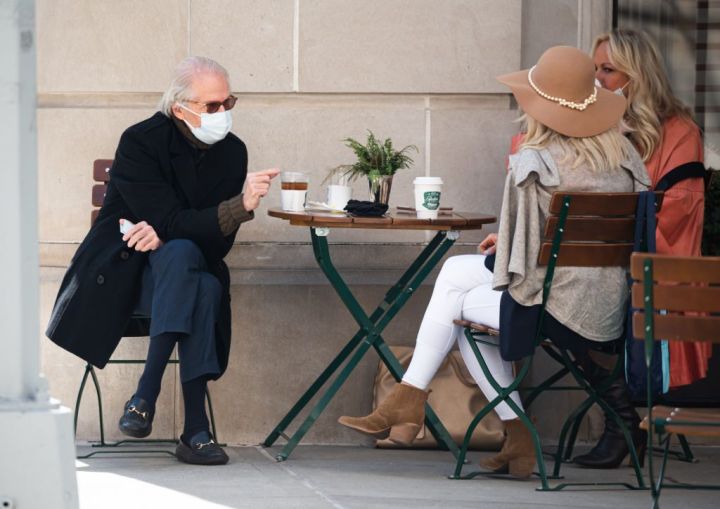 People wear face mask while dining outside a restaurant on the Upper East Side amid the coronavirus pandemic on March 23, 2021 in New York City. Photo: Noam Galai/Getty Images

A New York state judge has voided Gov. Kathy Hochul’s indoor mask mandate on Monday, ruling that the requirement had been enacted unconstitutionally under state law.

Hochul renewed the mask requirement in December 2021 as coronavirus cases surged, in response to the more-contagious omicron variant. At Hochul’s behest, the New York State Health Department extended the mandate until Feb. 1 as cases continued to rise, The New York Times reported.

However, Long Island Justice Thomas Rademaker ruled Monday night that the state legislature had the sole authority to enact a mask mandate, and that both Hochul and Mary Bassett, the commissioner for the state Department of Health, did not have the power to do so.

“There can be no doubt that every person in this state wishes, wants and prays that this era of COVID ends soon and they will surely do their part to see that is accomplished,” Rademaker wrote in his six-page decision. “However, enacting any laws to this end is entrusted solely to the state legislature. While the intentions of Commissioner Bassett and Gov. Hochul appear to be well-aimed squarely at doing what they believe is right to protect the citizens of New York State, they must take their case to the state legislature.”

The governor vowed to fight conservative Rademaker’s decision, which overturns mask mandates in schools and public spaces but does not reverse local mandates like those in place for New York City schools which have their own policies under the city’s education department, the Times reported. The New York State Department of Education told schools that while the case is ongoing, schools must follow the mask rule.

“My responsibility as governor is to protect New Yorkers throughout this public health crisis, and these measures help prevent the spread of COVID-19 and save lives,” Hochul said in a statement on Monday. “We strongly disagree with this ruling, and we are pursuing every option to reverse this immediately.”

New York State Attorney General Letitia James filed a notice of intent to appeal the judge’s ruling on Monday night. Hochul and the office of the attorney general did not immediately respond to requests for further comment.

We will continue to do everything in our power to protect New Yorkers from #COVID19.

Some school districts on Long Island, N.Y., have already begun telling parents that masks are optional beginning Tuesday morning, until the legal challenges are resolved, the Times reported. The superintendent of the Catholic Schools in the Archdiocese of New York — which runs the Catholic schools in the Bronx. Manhattan and Staten Island — announced that its schools will continue to abide by the mandate until a final court decision is reached, though it clarified that the organization would “immediately make masks optional” if the mandate is officially overturned on appeal. Joe Borelli, a Republican City Council representative for Staten Island’s South Shore, applauded the archdiocese’s decision on Twitter.

Update: New York State’s indoor mask mandate will remain in place thanks to an appeals court judge who on Tuesday temporarily blocked the lower court ruling.