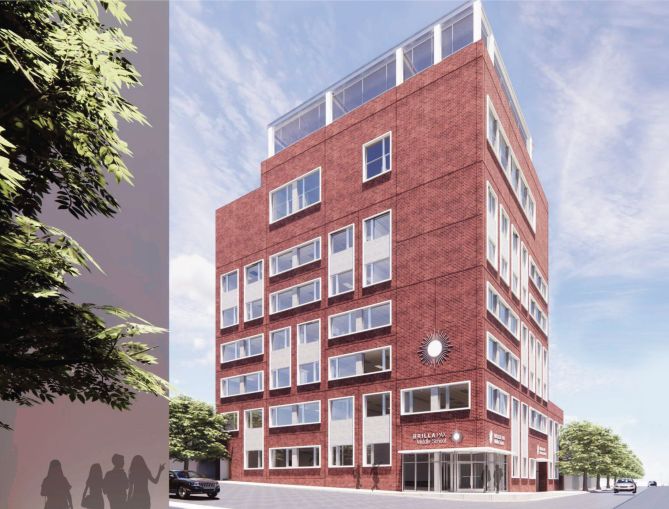 Seton Education Partners will be leasing 73,000 square feet at 1956 Jerome Avenue in the Mount Hope community of the Bronx, where the organization plans to develop a K-8 school.

OPEN Impact Real Estate helped broker the deal on behalf of Seton, which will build the school from the ground up through a 39-year triple-net lease. The structure will be owned by an affiliate of Bolivar Development. A Brilla Public Charter School will occupy all seven floors of the building which is in the boundaries of Community School District 9, and will be known as Brilla Pax Elementary and Middle School, according to OPEN.

The asking rent was about $50 per square foot, according to OPEN.

“Brilla Public Charter Schools seeks to help children grow into well-rounded young women and men of integrity and wisdom,” Matthew Salvatierra, CFO of Seton Education Partners and Brilla Public Charter Schools, said in a statement. “We appreciate the opportunity given to us to build a new school from the ground up, which will help us promote outstanding academic growth and serve the children and families of the vibrant Mount Hope community.”

The brokerage says the school is expected to be open in time for students to enroll in the 2024-2025 academic year. It will initially cater to students in K-4 grades before expanding through eighth grade by 2028, with a student body of over 800 students.

“We are pleased to partner with Seton Education Partners in the design and development of this important and much-needed school,” Fine said in a statement. “This project is part of Bolivar’s ongoing effort to deliver first-rate schools to working-class New Yorkers and to help improve this area of the Bronx.”

The project has benefited from the Jerome Avenue Neighborhood Plan, a rezoning launched by former Mayor Bill de Blasio’s administration in 2018, and will be the third development by Bolivar within the scope of the new zoning area.

The city pumped $189 million in capital projects and services into the neighborhood to create or preserve  affordable housing and establish new schools.