How the Evolution of Gaming and Esports Will Impact Real Estate 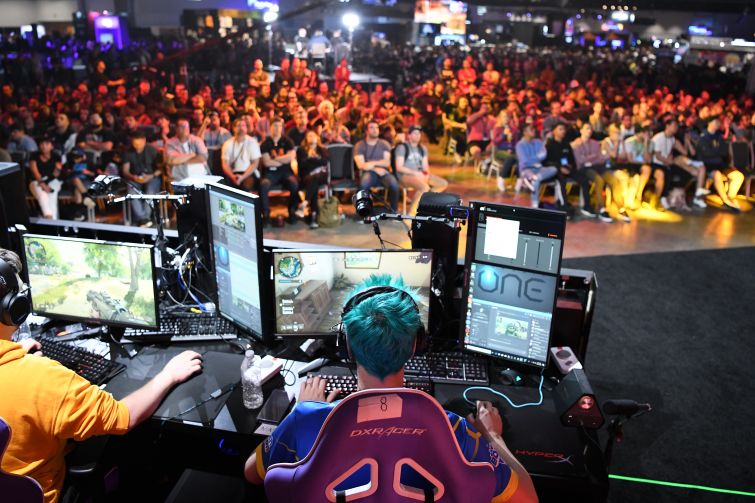 Gaming has proven to be resilient, as well as recession- and pandemic-proof, and will be a major driver of entertainment and real estate. There are over 2.96 billion players globally, according to data firm Newzoo, and that number is expected to increase to 3.32 billion by 2024.

The high demand for gaming content even spurred the resurgence of G4, a TV network devoted to video games and gaming culture. It suspended operations in 2014, but recently reemerged and signed a 67,000-square-foot deal in Burbank.

These players are still largely compartmentalized by their devices even though crossplay is more prevalent. The next step to centralized and communal gaming is an open and sophisticated virtual reality (VR) platform where players can share a common and seamless gaming experience.

Gaming has evolved into the spectator realm, too, and encompasses esports as well. According to Esportz Network, esports revenue could reach $2.5 billion by 2022. Newzoo predicts total gaming revenue will surpass $200 billion globally by 2023. Spectating now includes in-person professional teams at esports arenas, increasing the ways players can participate and interact. Similar to the dramatic increase in streaming during the pandemic, gaming’s popularity also drastically escalated. “Call of Duty: Warzone,” which can be played solo or in teams, launched in March 2020 and as of April 2021 hit 100 million downloads worldwide.

The footprint of esports in L.A. varies. Some players are located in a large mansion instead of leased office space. Some do have offices, such as TSM, FaZe Clan and Gen G, with swanky playing spaces and high-end amenities. Esports teams also rent out concert and sports arenas rather than own a playing space. As esports becomes a part of the zeitgeist, teams will trend toward having a designated home arena, especially for those who participate in league play.

The pandemic accelerated the adoption of live streaming, too. According to Newzoo, global esports audiences are expected to reach 474 million viewers by year’s end. Streaming giants and film studios are also looking to cross over into the gaming realm.

Much like how the music and film industries transformed, so is gaming. Music artists no longer have to get signed to the almighty label; they can produce music anywhere and release it on numerous platforms. Similarly, indie films emerged as an alternative to the demands of large studios. This indie vibe is becoming part of the gaming landscape as well.

Some indie developers tailored their games to specific audiences and offered a more story-based gaming experience. Others created games played by larger audiences without the resources of the major studios. Collectively, they are nimbler and likelier to develop VR technology, which is the next rung in the gaming ladder.

Looking at higher concept ways to play using augmented reality (AR) and VR is part of the excitement of the future of gaming, but the functionality of cross-platform play will also create a better user experience. The affordability and quality of AR/VR will determine how standardized the medium becomes within gaming. Additionally, the progression of AR/VR could bolster different methods of gaming, communicating and even learning.

Petra Durnin is the head of market analytics at Raise Commercial Real Estate.