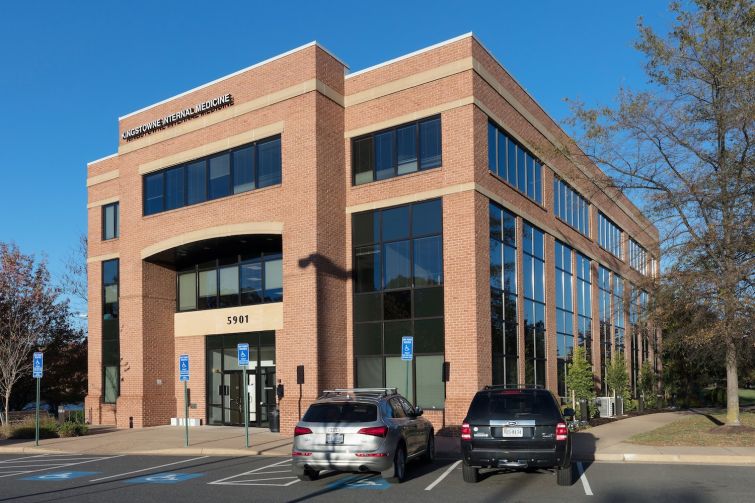 The buildings were especially appealing because of their health care tenants, Avison Young’s Chip Ryan, who was part of the team that represented the seller, told Commercial Observer.

“Halle Companies was rebalancing their interests in Kingstowne,” Ryan told CO. “There was excellent interest in the properties because of the percentage of medical office tenants.”

In fact, there were at least a dozen offers on the buildings, he added.

“The portfolio drew significant interest from investors across the country who are seeking well-leased suburban office buildings, especially those with health care tenants in a growing area,” Ryan said.

Located at 5901 Kingstowne Village Parkway and 5695 King Centre Drive, the properties were a combined 93 percent leased to a variety of medical companies, government contractors and traditional tenants at the time of the sale. One notable tenant is Kingstowne Internal Medicine.

The larger of the properties, the three-story, 44,262-square-foot 5695 Kings Centre Drive, was built in 2002 and provides easy access to South Van Dorn Street. The 22,117-square-foot 5901 Kingstowne Village Parkway was built in 2004, and is close to Giant, Starbucks and Chick-Fil-A.

Both are near Kingstowne Towne Center, a retail center that is adding 650 multifamily units in 2022.

“Thanks to a lower cost of living, a highly educated workforce and a unique sense of place, Kingstowne is primed for continued growth and opportunities,” Larry Solomon of Melrose Solomon Enterprises said in a prepared statement. “The future is exceptionally bright here.”

Joining Ryan on the deal was Avison Young’s Matt Weber. The firm’s principals Jon Goldstein, Wes Boatwright and Mike Yavinsky arranged the financing for the buyer. The financial terms were not disclosed. The buyer’s representative was not disclosed.

Requests for comment from the buyer and seller were not immediately returned.