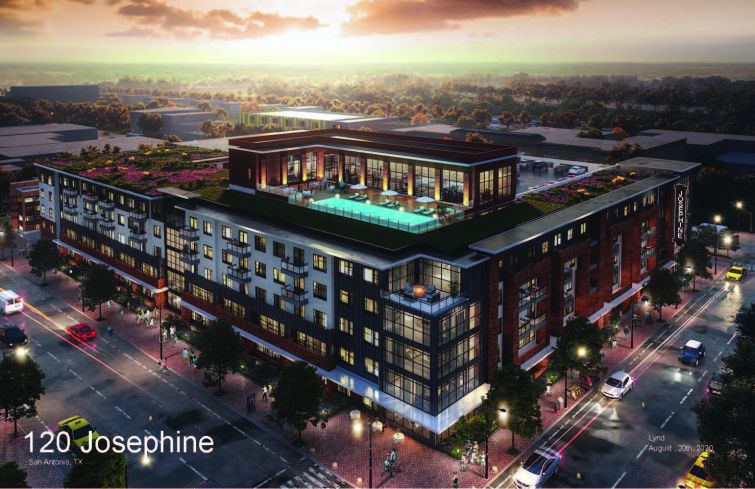 A rendering of The Josephine photo: Madison Realty Capital

LYND has nabbed a $53 million loan for the construction of a 261-unit multifamily property in San Antonio, Texas. Madison Realty Capital originated the loan, Commercial Observer can first report.

“San Antonio is one of the country’s fastest-growing metro areas with an expanding population and a talented workforce that is driving demand for high-quality rental options,” Josh Zegen, managing principal and co-founder of Madison Realty Capital, said in a statement. Zegan touted his firm’s ability to “deliver a flexible financing solution” to LYND ” “for the development of a modern multifamily property distinct from San Antonio’s more traditional suburban garden-style developments.”

Located at 120 West Josephine Street outside of San Antonio’s central business district, the six-story property known as The Josephine will feature amenities such as a yoga and spin studio, a fitness center and a rooftop pool. Composed of a mix of studios to three-bedroom units, half of the apartments will be considered affordable, in coordination with the San Antonio Housing Authority.

“Lynd Living at The Josephine is a very important project for us,” David Lynd, CEO of LYND, said in a statement. “We needed a lender that could move quickly and adjust to a fast-paced development environment. Madison stepped up and worked with us to get this deal done and we are extremely pleased with the outcome.”