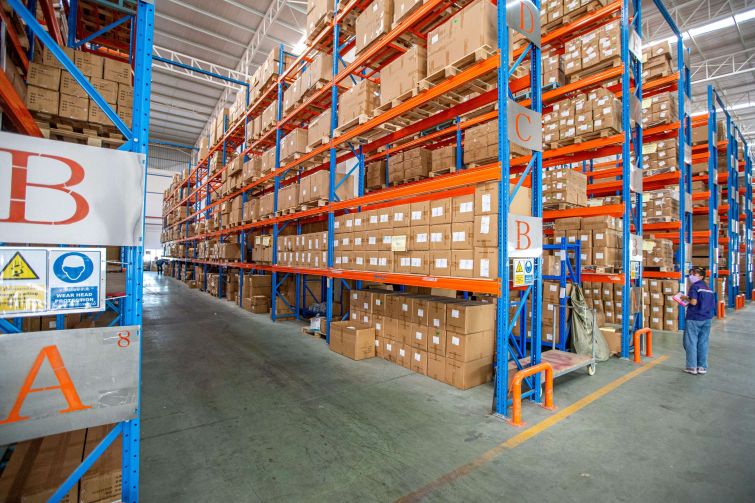 Rexford Industrial Realty, the most prolific Los Angeles-based warehousing company, announced that it added another eight properties to its portfolio before the end of the year for a combined $270 million. Photo: Wang Teng/Xinhua via Getty Images

Rexford Industrial Realty, the most prolific Los Angeles-based warehousing company, announced that it added another eight properties to its portfolio before the end of the year for a combined $270 million. That brought the firm to $1.9 billion of investments in 2021.

The priciest of the eight properties is a fully leased, 307,000-square-foot building in the city of Torrance in L.A.’s South Bay, where vacancy rates dipped below 1 percent in 2021. The two-tenant property at 4240 West 190th Street sold for $75.3 million. Rexford estimates that it is currently rented at 40 percent below market rates, and, after the existing lease expires, the real estate investment trust will redevelop the 11.6-acre site into a single-tenant logistics facility.

In Glassell Park, Rexford acquired a 117,000-square-foot building on a 5.7-acre site at 2800 Casitas Avenue for $43 million. Rexford said the two-tenant industrial building is currently leased at about 60 percent below market rates, and, after that lease expires, Rexford plans to reposition the building into a state-of-the-art last-mile distribution facility.

Rexford acquired two properties in the City of Industry for a combined $45 million. They include an 111,927-square-foot building and a 56,915-square-foot warehouse. According to CBRE, the vacancy rate in the 159 million square-foot San Gabriel Valley submarket was 0.2 percent at the end of the third quarter 2021.

In Inglewood, Rexford paid $32 million for a 100,000-square-foot building adjacent to Los Angeles International Airport. After the current leases expire, Rexford will redevelop the sites and build new logistics buildings.