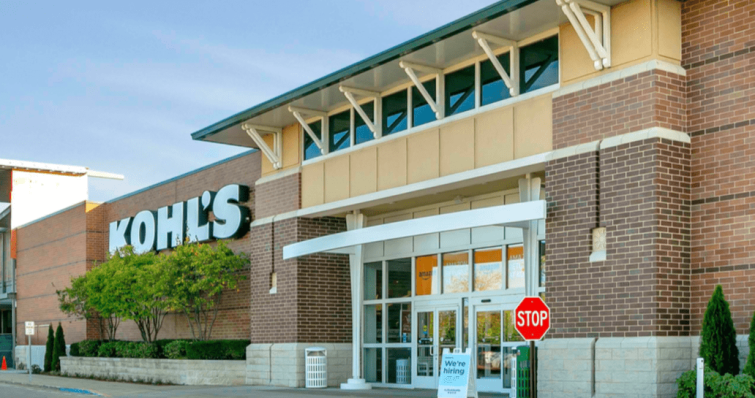 Discount retailers tend to thrive during economic downturns, but Kohl’s has had an extremely uneven recovery since March 2020, even as its fields two takeover offers, according to new data from retail analytics firm Placer.ai.

Foot traffic at the retailer’s brick-and-mortar stores remained significantly below 2019 levels throughout most of last year, the foot traffic analytics firm found. But it did slowly recover throughout 2021, with monthly visits to stores rising from 18 percent below 2019 levels in January 2021 to just 5.7 percent below pre-pandemic levels in June.

Customer visits sank even more throughout most of the year — hitting a nadir of 21 percent lower than 2019 in October 2021 — but shoppers returned in slightly higher numbers for post-holiday sales in late December 2021 and early January.

Placer.ai also finds that Kohl’s stores with Sephora “store-in-stores” inside Kohl’s attracted more visitors than those that did not have a section devoted to the beauty retailer’s cosmetics and skincare products.

For the first two weeks of January, Kohl’s stores with Sephora outposts saw foot traffic down just 5.7 and 4.9 percent compared to pre-pandemic levels, while those without Sephora were down 10.5 and 15.7 percent, respectively.

Despite its lackluster foot traffic numbers, Kohl’s has received two takeover offers from financial firms, CNBC reported this week. Private equity firm Sycamore — which has a track record of acquiring struggling retail brands — offered to pay at least $65 per share for Kohl’s, which had sunk to $46.84 before the offer was publicized on Sunday. A few days prior, Acacia Research had offered Kohl’s $64 a share.

Ethan Chernofsky of Placer.ai pointed out that the retailer was “seeing significant strength heading into the pandemic, meaning that our last ‘normal’ comparison was to a period when the company was well-positioned. This matters not only because Kohl’s was doing very well as recently as 2020, but also because current metrics — likely heavily impacted by COVID and other challenges — are being compared to a very strong period.”

With customer numbers in stores slowly rebounding, Chernofsky concluded that “the likelihood of a continued recovery for Kohl’s offline visits is significant, and the current challenges may be more a distraction from the true brick-and-mortar trajectory than a sign of where performance is truly heading.”