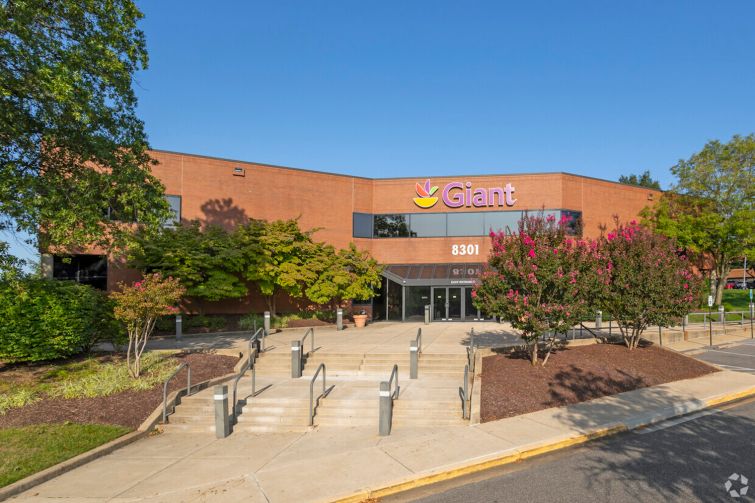 J1B Properties has acquired 8301 Professional Place, an office building in Landover, Md., that serves as the corporate headquarters of supermarket chain Giant Food, for $25 million, Commercial Observer has learned.

Washington, D.C-based Persimmon Capital Partners sold the 138,000-square-foot property, having owned it for a little more than a decade. The property was 93 percent leased at the time of the recent sale, with a tenant roster also including regional transit authority WMATA.

Giant Food is one of the largest employers in the D.C. region and expanded its presence in the building just last January, adding 31,000 square feet to its already 53,500-square-foot space, WTOP reported at the time.

“The purchaser identified this asset as unique because it is an office product with stabilized income stream and credit tenancy for the next 10 years and not exposed to the current cycle volatility with office space during the pandemic,” Joe Friedman, a partner of Edge, who brokered the off-market deal for both sides, told Commercial Observer.

Originally developed in the late 1980s, the two-story office building sits on 12 acres adjacent to the New Carrollton Metro station at the intersection of the Capital Beltway and US Route 50.

The development will bring thousands of residential units and retail amenities that will transform the area into a dynamic destination in the years to come, Friedman said.

Joining Friedman on the deal were Edge’s Wilson Purcell and Joshua Norwitz.

Requests for comment from the buyer and seller were not immediately returned.