Family Office Investment in Proptech Is Growing Under the Radar

This includes investors from family-run real estate dynasties, with the younger generations often taking the lead 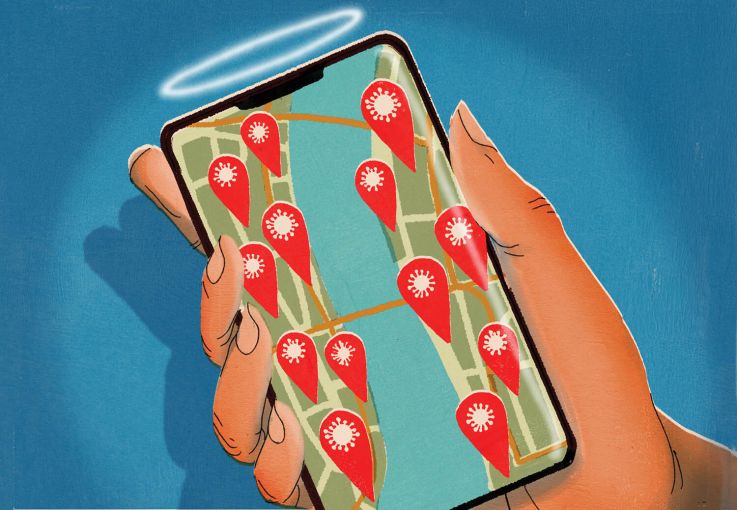 In the last couple of years, proptech startups have become increasingly attractive investments for many investors in and out of the real estate industry. As part of that interest, a number of family office investors focused on early-stage proptech companies have become increasingly prominent on capitalization tables, according to venture capitalists and founders in the sector.

However, tracking family office proptech investment remains mostly opaque and anecdotal, as such companies generally prefer to keep a low profile, said Steven Jaffe, CEO and founder of Propdocs, a Vancouver-based online property documents startup in which Deecorp, a commercial real estate firm operating in Canada and the U.S., has invested.

“They’re probably intentionally left out of the public eye,” Jaffe said of family office proptech investment companies in general. “They’re trying to be quiet, as opposed to a VC that has a mandate to raise more funds and [who wants] to get awareness.”

Such is the relationship between family-owned Deecorp and Jaffe, who advises the company on its other proptech investments.

In contrast, some of the largest traditional family-owned real estate companies in New York City — including Rudin Management, the Moinian Group and LeFrak — are investing in proptech through their family office or through the family-run firms themselves, said Daniel Price, partner of Ambrosia Ventures, a Manhattan-based early-stage venture capital firm focused on proptech, fintech and insurtech.

“Broadly speaking, you definitely see it in the very large developers,” Price said. “LeFrak, for example, has a website full of logos, many of which are proptech. So some of them are quite public. Many of them are making angel and seed investments in their own name or in the name of an LLC, and aren’t looking for the limelight.”

Family office investment is definitely growing fast, Price said. “I don’t think there’s any question that it has increased over the last few years. Real estate families are increasingly comfortable in this space. There are new generations coming into the family who are connected to the proptech world. I don’t think there’s any question there has been an increase given everything I’m seeing in terms of the number of people who are reaching out and talking to me.”

“The other side,” Price added, “is that there are family offices that have been operating as real estate investors, not developers, and they are starting venture groups, at least informally within the family office, seeing it as a space to diversify what they’re investing in.”

However, there are some commonalities among family offices investing in proptech, Ko added, including that they have long-term investment goals and expectations; are mostly from multigenerational real estate families and are usually headed by the youngest generation members of the family.

“I just had two meetings where the fathers came in, but I’m friends with the sons,” said Ko. “The fathers are totally fine writing numbers down on a napkin. And the sons who grew up with iPhones are like, ‘Dad, what the hell are you doing?’

“This is a generational real estate business, especially on the development side of things, and [the younger generation] is pitching proptech themselves. They’re doing my job at dinner tables. The millennials and the Gen Zs are trying to change what is the largest industry to get attacked, the last industry to get a tech overlay.”

One big difference between traditional VCs and family office investors is that the latter are looking for lower risk, but also longer-term, proptech investments, because they don’t have a mandate for when they need to show a return, said Propdocs’ Jaffe.

In addition, there is some differentiation between smaller family offices and institutionalized ones, Ko said.

“As you meet and talk to institutionalized family offices, they tend to do a lot of work themselves,” Ko said. “Obviously, there’s always going to be a cohort of family offices that invest through managers, but I think the common trend that we’ve been seeing more and more is that they like to go direct, meaning they like to be on the capital stack of the companies.

“If they are partnering with the fund manager, the number one question that they ask is, ‘what is your direct deal flow, what does your core investment flow look like?’”

That’s because family offices are as institutionalized and sophisticated as other asset managers, Ko said.

“They’re actually getting a lot of key talent coming out of the Blackstones and the KKRs of the world to run the family offices,” Ko said. “So when you meet them, they start to smell and look like middle-market, private equity shops, and they have a team built around them to do so. They’re investing a lot in companies directly and getting a lot of that top funnel deal flow from fund managers.”

“[Andreesen Horowitz], for example, probably touches most deals, because everyone sends their deck if they want money from them,” he said. “So most newer or smaller VCs are getting secondhand deals already. They’re in the second tier. I think with family offices, you’re third, fourth or fifth tier, because no one even knows you exist.”

While real estate wealth-generated family offices predominate in the proptech industry, outside family funds are invading, as well, with MetaProp, a venture capital firm focused on treal estate technology, seeing “about 200 entrepreneurs a month,” said Ko.

“Part of my job is to diversify our investor base, because today our LP base skews heavily to families that made their wealth in real estate,” Ko said. “It just resonates a lot better. It’s a bit of a two-step process for people who made wealth outside of [real estate], but a lot of smart investors see proptech as a true diversify play because of the overlap with other tech hyphens. So it’s been resonating well with guys who’ve made wealth or have had some exits in fintech. Obviously, in our world, that’s mortgage technology. I think that’s a space that a lot of family offices inquire about.”