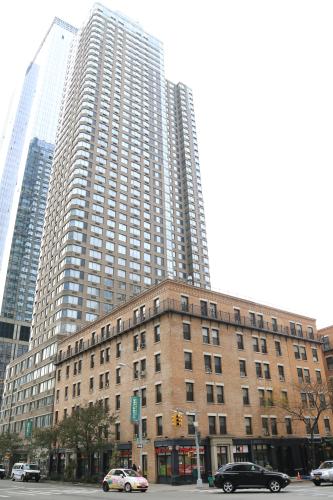 Empire State Realty Trust (ESRT), the owner of the Empire State Building, the world’s most famous office tower, is now investing in humble apartment buildings with the purchase of two multifamily assets in Manhattan.

Seller Fetner Properties partnered with ESRT on the buys, with the former continuing to own 10 percent of the sites and manage day-to-day operations in the Upper East Side and Hudson Yards properties.

The Victory is a 310,707-square-foot building with 45 stories and 417 units with a mix of studio, one- and two-bedroom apartments. It also includes a ​​24-hour concierge, a fitness center, a half-court basketball, a resident lounge, outdoor terraces, a roof deck, parking and an 11,000-square-foot CVS on the ground level.

At 208 units and 30 stories, 345 East 94th Street is another Class A property, a participant in an extendable 421a tax abatement program and has 168,243 square feet comprised of studio, one- and two- bedroom units, a 24-hour concierge, a fitness center, a resident lounge, an outdoor terrace and parking.

ESRT owns 9.4 million square feet of office space and 700,000 square feet of retail. Fetner Properties recapitalized the two buildings with ESRT at a value of $307 million, according to a spokesperson.