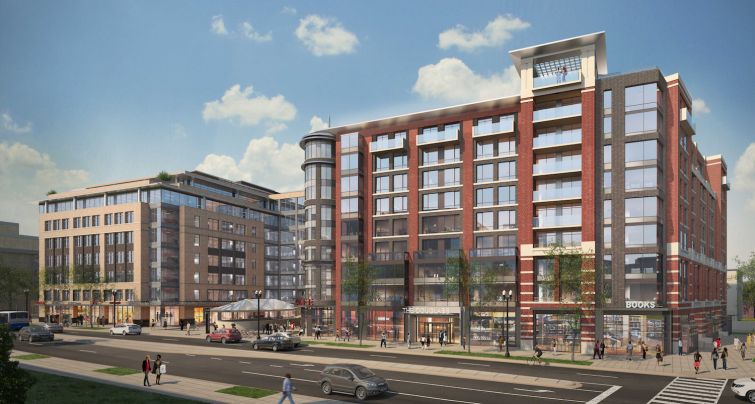 The site consists of seven parcels on two acres of land at 13th Street SE and Alabama Avenue SE near the Congress Heights Metro station.

“This was an opportunity to help resolve a long-standing issue for the benefit of the city and the community and unlock unrealized value,” Jerome Nichols, president of Standard, told Commercial Observer. “It was one of [the] few [sites]east of the river that can accommodate office use at scale. It’s an undervalued site that can benefit from activation.”

The development will take root next to the historic landmarked St. Elizabeth’s East campus, situated at the southern entrance of the Congress Heights Metro station

Trammell Crow and Standard will erect a $180 million office building that will be comprised of 240,000 square feet, while NHT Communities will build the $110 million affordable housing component of the development, encompassing 179 apartments for those earning between 30 to 80 percent of the area median income.

Nearly 35 percent of the apartments will be two- and three-room units, and intended for families.

“We believe that ultimately, the best outcomes for communities lead to improved investment outcomes,” Nichols said. “We saw an opportunity to help solve a community problem.

We believe attractive risk-adjusted returns can be achieved when helping to improve under-appreciatedsites and neighborhoods. As a minority-owned company ourselves, it’s important to Standard to invest with minority development partners and in minority communities.”

Both components of the development are scheduled to break ground at the end of 2022, with occupancy slated for the end of 2024 for the office tenants and the second quarter of 2025 for the residents.

“Commercial activity is key to increasing the economic viability,” Nichols said. “Office and retail uses help drive growth and support the neighborhood. Housing affordability is an issue nationally and in D.C., and a new supply generally, and affordable housing in particular, help to alleviate pressure.”

Trammell Crow deferred request for comment to its joint venture partners. Other requests for comment from the parties involved were not immediately returned.