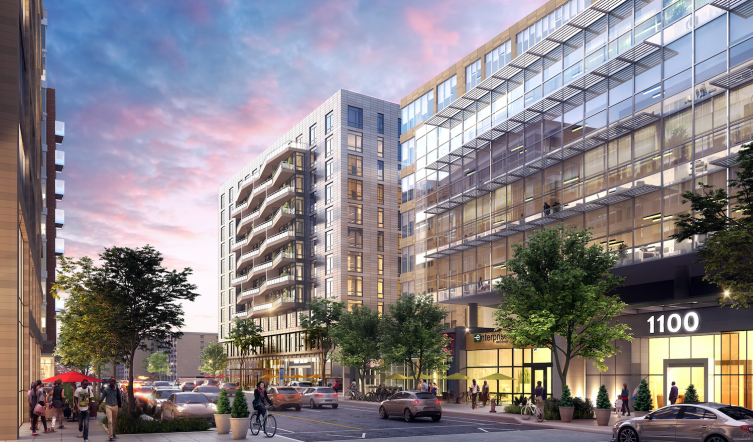 The developers behind Waterfront Station II, a mixed-use property currently under construction in the southwest neighborhood of Washington, D.C., have received $141.3 million in financing.

Merchants Capital secured the financing for the developers, a joint venture between Hoffman & Associates, AHC, CityPartners and Paramount Development.

In July 2020, the joint venture received 9 percent LIHTCs for the project as part of an investment from the Housing Production Trust Fund.

The recent round of LIHTC financing includes a $2 million loan for the construction of the 9 percent LIHTC units, and a $15.4 million, 4 percent LIHTC loan required for tax-exempt bond financing.

“The various components have different ownership structures, investment requirements, legal requirements and underwriting requirements,” Marsha Goff, executive vice president of Merchants Capital’s Saint Paul office, told Commercial Observer. “As such, the requirements of each component had to be addressed and agreed upon by the borrowers, investors, bond issuer, bond underwriters, Fannie Mae and Merchants as lender, not only in reference to each component but to the development as a whole.”

Waterfront Station II will also include nearly 29,000 square feet of retail, educational and commercial space on the ground level with below-grade parking. The commercial space is anchored by AppleTree Public Charter School, an early childhood education provider, and a Good Company Doughnuts. Currently, 7,000 square feet of retail space is available for lease.

“The development offers a mix of ground-floor uses that will enhance the existing vibrancy of 4th Street SW, including a charter school and a theater and café at the property, which will engage the local community through active workshops, seminars, and lectures,” Goff said.

There will also be 19,000 square feet of amenities — both indoor and outdoor — across four floors of the building. This includes a coworking and communal gathering space, a fitness center and a hospitality lounge with dedicated meeting space.

Waterfront Station II benefits from being located less than one block from the Waterfront Station green line Metro station and three blocks from The Wharf and is at the center of a very sought-after community within the District’s Southwest Quadrant.

Construction of Waterfront Station II is scheduled to be completed in the winter of 2023.

Requests for comment from Hoffman & Associates and Merchants Bank of Indiana were not immediately returned.