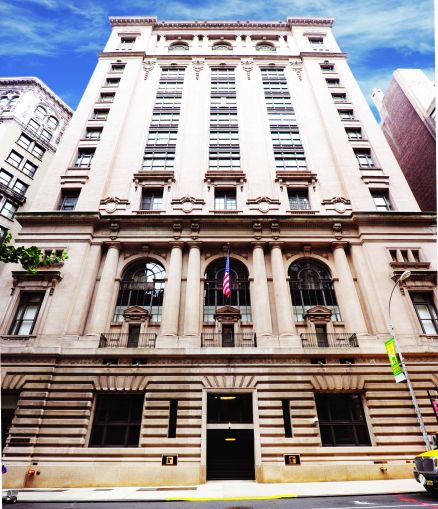 Cognitiv.ai — a company that uses software to predict customer purchasing behaviors for advertising and marketing — inked a deal for 12,046 square feet across the 10th floor of 25 West 39th Street to become the final tenant at the Thor Equities building.

The firm plans on moving into the 16-story building by March, according to Avison Young’s John Ryan, who represented Thor in the deal alongside Arthur Mirante and Jean-Philippe Krahmer. Asking rents were $65 per square foot in the five-year lease.

“It’s in close proximity to Grand Central [Terminal] and Penn Station, so the location was a key driver,” Ryan told Commercial Observer. “We had very unique arched ceilings — terra-cotta-arched ceilings — which really just gave it a very cool and hip vibe, which is what we think, in the marketplace right now, creative tenants are looking for.”

The advertising company is relocating from its seventh-floor offices at 594 Broadway in Soho. The deal means Thor’s 200,000-square-foot-plus Midtown South building, originally constructed in 1906, is fully leased out.

“[The lease] brings 25 West 39th Street to full occupancy and demonstrates the demand for well-located properties in Manhattan,” Jack Sitt, executive vice president of Thor Equities North America, said in a statement. “We look forward to welcoming them to their new headquarters and are pleased with the successful leasing of this asset.”

Other tenants in the building, between Fifth Avenue and Avenue of the Americas, include the health care company RubiconMD as well as coworking companies Industrious and The Wing.

Savills’ Allyson Bowen and Christina Bicks represented Cognitiv.ai in the deal. Bowen and Bicks did not immediately respond to requests for comment.